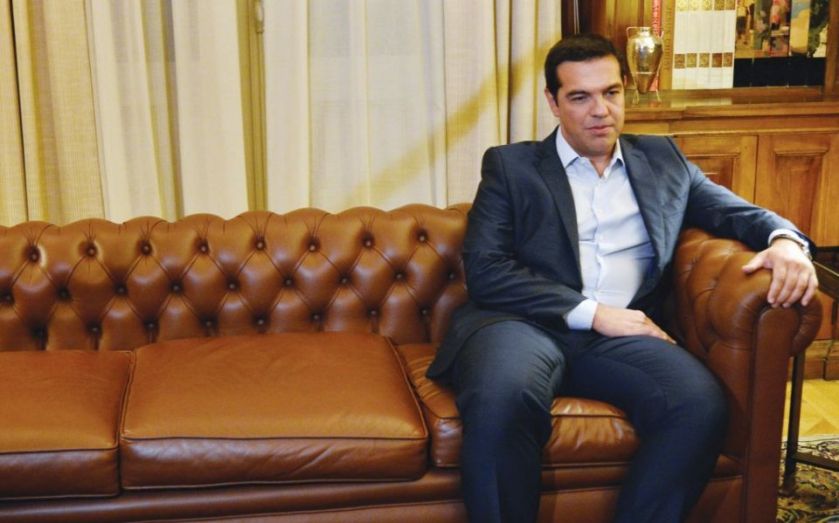 Greek Prime Minister Alexis Tsipras resigned last night, triggering another round of elections in Greece and calling into question the stability of the country’s latest bailout.
Tsipras stepped down after just seven months in office, in which he battled with Greece’s creditors – including their Eurozone partners and the International Monetary Fund (IMF) – before ultimately accepting the creditors’ demands for more austerity and economic reform.
In a televised address last night, Tsipras acknowledged that the bailout agreement had gone against Syriza’s anti-austerity promises, saying: “We did not achieve the agreement we expected before the January elections. I feel the deep ethical and political responsibility to put to your judgement all I have done, successes and failures.”
Read more: Greek voters must reject radicalism for recovery to begin
Tsipras has come under mounting pressure in recent weeks from far-left, anti-bailout members of his party, who are widely expected to break off and run against Syriza in a snap election on 20 September.
Tsipras stepped down on the same day that Greece began receiving funds under its €86bn (£62bn) bailout programme, its third since 2010. But market experts warned last night that his resignation could call the whole deal into question.
Analysts at Moody’s said new elections would “elevate programme implementation concerns and, potentially, puts future official sector disbursements at risk”, while Capital Economics economist Jennifer McKeown said: “This all increases the risk that Greece will fail to pass the first review of its bailout in October and confirms that the threat of Grexit has far from evaporated.”
Read more: Greek snap election on 20 September, Prime Minister Alexis Tsipras set to announce
Simon French, chief economist at Panmure Gordon, who says that he is “certain” of an eventual Grexit, told City A.M. that the “whole thing is a mess,” and warned that if Syriza splits and an ultra-left party polls well, bond yields “will go even higher.”

Vassiliki-Thanou-Christophilou is widely expected to take over as Greek Prime Minister (Source: Getty)

Eurozone finance ministers remain hopeful that any new parliament will stay committed to the agreed reform programme. “I recall the broad support in the Greek parliament for the new programme and reform package and I hope the elections will lead to even more support in the new Greek parliament,” Eurogroup boss Jeroen Dijsselbloem said.
Greek markets fell yesterday, with bank shares hit especially hard.

The anti-austerity president of Greece’s Supreme Court, Vassiliki Thanou-Christophilou, is widely expected to take over as Prime Minister until the snap elections on 20 September. Thanou will oversee a so-called “caretaker government” and is unlikely to implement any major reforms during her brief turn at the helm. Even so, the 65-year-old would make history – as Greece’s first female PM. Greek President Prokopis Pavlopoulos is expected to announce her appointment today.
Share:
Tags: Greek debt crisis