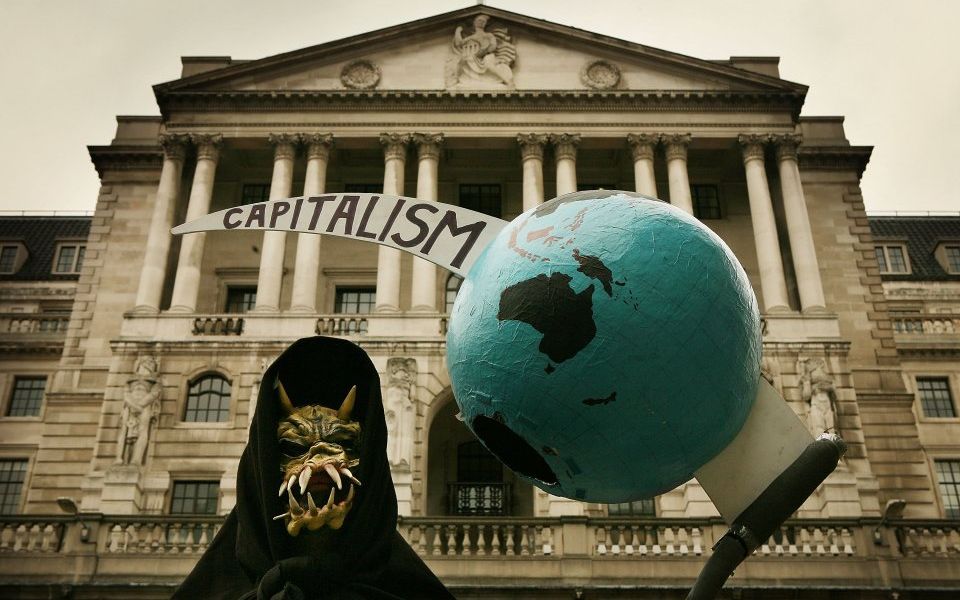 A dreadful misrepresentation, a gaggle of braggarts, the worst take on business you could possibly create.

Yes, The Apprentice has returned to the BBC for a fourteenth season, and this time, its representation of business has turbocharged the hate and self-regard to gobsmacking levels.

“Nation shall speak peace unto nation” is the motto of the BBC, but this portrayal hardly seems at ease with an organisation that earned the nickname “Auntie” because it favoured refrain over revilement.

Read more: DEBATE: Can job seekers learn anything from The Apprentice?

Many will view the popular TV show as light entertainment and pure tat.

Yet, the ghoulish reflection of business on the BBC mirrors a wider attack on the commercial world, which is often criticised as being greedy and out of touch.

Take the party conference season. Business organisations were taken aback by the assault led by the shadow chancellor.

Caught on the backfoot, many felt poorly represented. CBI chief Carolyn Fairbairn was quick to dismiss claims from the conference, assigning them to a “lack of business experience”.

And while the Prime Minister made a specific reference to the role of enterprise, it has to be seen as a chess move to counter her former foreign secretary’s “f*** business” outburst, rather than an attempt to capture the imagination of the nation.

The reputation of the wealth creators has sunk far indeed if the political world, unpopular as it is, sees it as fair game to bash business.

For many entrepreneurs and leaders, this state of affairs is greeted with little more than a shrug. Their response is that it’s a problem of perception over reality. And in many cases, that is absolutely true.

But where once the role of companies and their impact on communities was an opportunity, it now has to be seen as an obligation. Why?

Those who make the case that the business of business is merely the bottom line are missing the massive movements in society’s relationship with commerce.

Too few see business as the driving answer to our biggest challenges. And yet, discounting the immense potential of the commercial world in delivering innovations and solutions could be our generation’s greatest mistake.

If you are looking at cures for cancer, proxies to plastic, or preventions to poverty, they are most likely to come from the private sector.

We need business to take up a great many challenges – all the while being driven and optimistic in its approach and achievement.

This year has been the toughest for the reputation of business. It has seen a new phrase coined – the “techlash” – to depict the battering of trust in the very entrepreneurs that we once expected to create our brightest future.

And it has also seen business become a target for those who seek to tame it with closer controls, regulation, and tax.

The response has been muted, to say the least.

The expectation that others, Prime Ministers and chancellors alike, have it within their gift to bridge the divide, is undone.

Only 56 per cent think the reputation of UK business is good, compared to 65 per cent in October last year, according to the latest tracker from the CBI.

By any measure, that level of drop in confidence should be a cause for concern. It should encourage business leaders not only to sit up and listen, but also to act. To dismiss this as a perception issue is a mistake.

For many, it represents the realities of their experience, and the expectation that business can and must do better.

More than ever, business has to live up to its responsibilities – to be the improver and the inspirer.

While some will see the role of active corporate citizen as peripheral, recent events show that it is mission critical – not only for the future of individual companies, but perhaps for the very future of capitalism itself.

And while this points to more in the way of responsibilities, there are also great possibilities at hand.

More cohesive and inspirational workplaces have been proven to deliver better performance and higher productivity. Purpose is a root to profit, not a hindrance.

With the prospect of a General Election pretty much anytime between now and 2022, businesses need to prove through their actions that they have earned the right to be hired not fired.

Read more: Watch out, Tories – Labour has got its anti-capitalist mojo back