Best of travel: Where to go and what to do in Bermuda 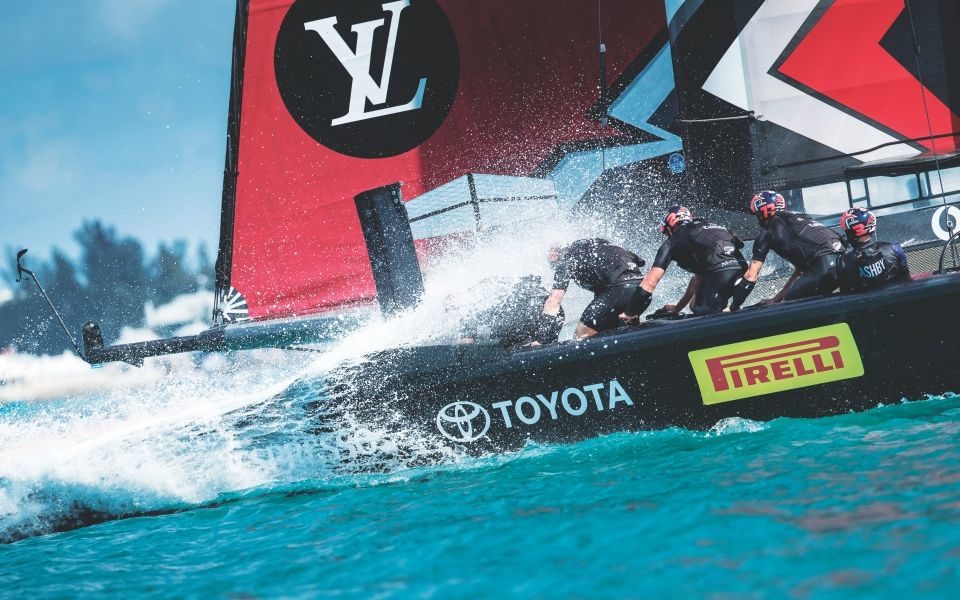 To tide us over until we’re able to travel again, we’re republishing classic travel stories from our archives. Today we revisit Siobhan Grogan’s trip to the sun, sea and sand of Bermuda.

There are few things more intimidating on the water than suddenly finding yourself in the middle of a practice race for the America’s Cup. The oldest trophy in international sport is being contested in Bermuda for the first time in June 2017, but teams have been based on the Atlantic island for months, training for yachting’s most prestigious prize, with Sir Ben Ainslie competing for the UK.

Despite this, I assumed a quiet Saturday morning boat trip during my visit would involve a spot of snorkelling, some envious gawping at the palatial pastel-coloured houses along the coast and perhaps even a sun-baked picnic on board. Instead, the yachts from Artemis Racing, Oracle Team USA and SoftBank Team Japan suddenly swept in from nowhere across our path, flanked by speedboats in a blur of enormous, majestic sails. This awe-inspiring – if a little nerve-wracking – spectacle later turned out to be both a one-off race to commemorate former Olympic sailor Andrew Simpson and a sneak preview of the breathtaking events still to come in June.

Incredibly, the most daunting moment of my boat trip was still to come too. “You have just entered the Bermuda Triangle,” our captain, Blake, pointed out minutes later as we cruised towards an innocent-looking expanse of vivid blue water. “Want to jump in and have a swim?”

Reasoning there are less picturesque ways to meet my end, I obliged and plunged off the back of the boat for half an hour, bobbing around in the infamously supernatural waters.

Back on board (and, as far as I could tell, having avoided being teleported from this astral plane), we sailed back to the Hamilton Princess & Beach Club, my base for the trip and the official host hotel for the America’s Cup. Like many places on the island preparing for the event, the distinctive pink hotel has just undergone an extensive refurbishment and now boasts a plush spa and its own marina, mere steps from the lobby so guests out sailing can be dropped right at the door afterwards.

The adventurous can even hire a mini-catamaran from reception staff, who provide maps and send you out for the day to explore the island from the water.

A self-governing British Overseas Territory, Bermuda remains largely overlooked by UK holiday makers, despite year-round sunshine, daily direct flights from Gatwick and just a four hour time difference. Isolated in the middle of the Atlantic Ocean and some 900 miles north of the Caribbean (contrary to popular belief), the island was once used as a base by pirates to loot foreign ships and the sea is still the focus of any holiday here.

With just one car allowed per household, no car rental and a speed limit of around 20mph, it’s as easy to jump on a boat to get to the other side of the island as it is to drive. It’s also a doddle to arrange everything from a sunset rum tasting cruise to a trip to see the spectacular coral reefs in a glass bottomed kayak.

To catch the jaw-dropping sunset at its best, book into the brand new open-air 1609 Bar and Restaurant for the best fish tacos you will ever eat washed down with the island’s national drink, a rum and ginger beer cocktail known as the ‘Dark ‘n’ Stormy’.

The peaceful parade of boats gliding by even provided the ultimate Instagrammable backdrop for my hotel, with bedrooms overlooking the water and an infinity pool with uninterrupted views across the harbour. To catch the jaw-dropping sunset at its best, book into the brand new open-air 1609 Bar and Restaurant for the best fish tacos you will ever eat washed down with the island’s national drink, a rum and ginger beer cocktail known as the ‘Dark ‘n’ Stormy’.

If you can drag yourself away from the poolside drinks service, the hotel is less than five minutes walk to the capital Hamilton with its restaurants, shops and a ferry terminal serving the rest of Bermuda. Take one to the Royal Naval Dockyard to join a bicycle tour along the disused railway trail for the best introduction to the island’s unique history. Mine was led by a guide with an encyclopaedic knowledge of all things Bermudian and took us past Scaur Hill Fort with its abandoned cannon and panoramic views and over the world’s smallest drawbridge, just wide enough to allow the mast of a sailing boat through at 32 inches wide.

Of course no trip to Bermuda would be complete without time lazing on one of the endless beaches, with their powder soft pink-tinged sand and turquoise water. The hotel offers a regular shuttle to their exclusive Beach Club on the South Shore, hidden away in a sheltered cove and boasting beach service, heavenly water hammocks, paddleboards and serene, still water. But make time to follow the coastal trail along the cliff to the idyllic Horseshoe Bay as well, to see Bermuda at its wild and beautiful best. Just be sure to choose a day when there’s no cruise ship visiting the island, flooding the beach with sun-seeking daytrippers.

Avoid them and you can feel you have a little corner of paradise all to yourself. That is, until the America’s Cup finally allows the rest of the world to discover just what it’s been missing.