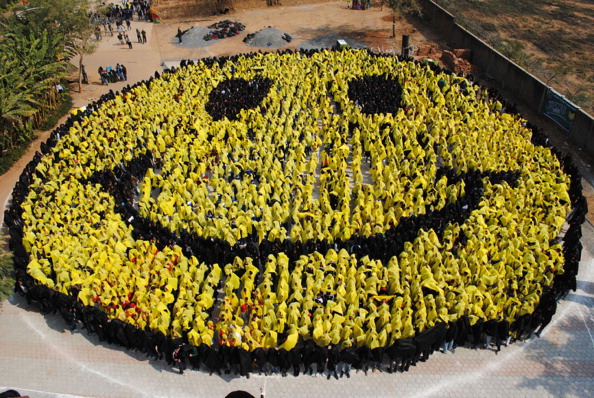 Britain’s financial system has long been viewed through the lens of output and productivity, but now the Confederation of British Industry is calling for a more unconventional way of measuring growth: happiness.

The CBI’s chief economist said today that the government and businesses should take into account “much more holistic measures” than productivity levels when considering how to improve the economy.

Read more: Sajid Javid: My pitch to the businesses of Britain

Rain Newton-Smith told a conference hall of business figures that “productivity isn’t everything” and that firms ought to look “beyond shareholder value”.

She called on the government to follow New Zealand’s approach by not “looking narrowly at GDP as a measure of policy success in favour of an index based on happiness and well being.”

Under former Prime Minister David Cameron the government tasked the Office for National Statistics with measuring happiness levels in the country for the first time.

According to the body’s latest findings, Britons grew happier over the year to March, but those in Northern Ireland grew sadder and more anxious as the original Brexit deadline drew near.

Oli Ikechi, a managing director of capital markets at Accenture, told City A.M. that there is “a broader sense that businesses are now looking to encourage people to bring their true self to work because happiness creates a freedom to let people make mistakes and ask questions”.