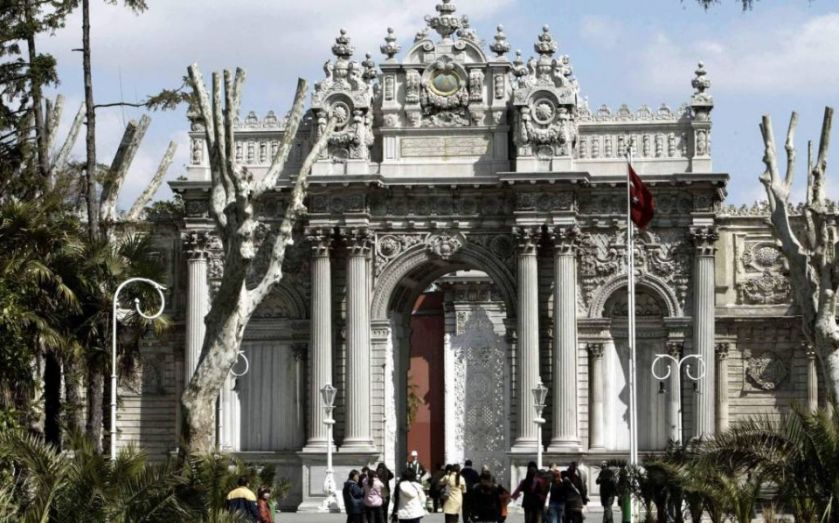 Turkish police have detained two armed men following reports of gunfire at the Dolmabahce Palace in Istanbul.
The men are thought to have had a stun grenade and automatic weapons, and it seemed the pair arrived in a white sedan. They reportedly opened fire on police by the palace entrance while trying to gain entry to the German consulate.
Police captured the men near to their target following a shoot-out. Images of the men have been released, but their motivation is not known at this stage.
There are currently no reports of bystander casualties, although both attackers have been injured. Nearby roads have been closed to traffic.
Locals reported hearing sounds of some kind of attack on Twitter.
One said they heard “the sound of explosions and clashes”.  Another reported “gunfire and explosion” at the palace.
https://twitter.com/FulyaOzerkan/status/633969528037318656
https://twitter.com/ANeslihanKara/status/633968777147887618
Update: Separately, Turkish media is reporting that eight soldiers have been killed by Kurdish miliants in Siirt.
It comes just two days after an attack in Bangkok, Thailand, in which 20 people are believed to have been killed.
More to follow…