Grounded: Gatwick airport remains shut down as Army brought in to deal with drone crisis 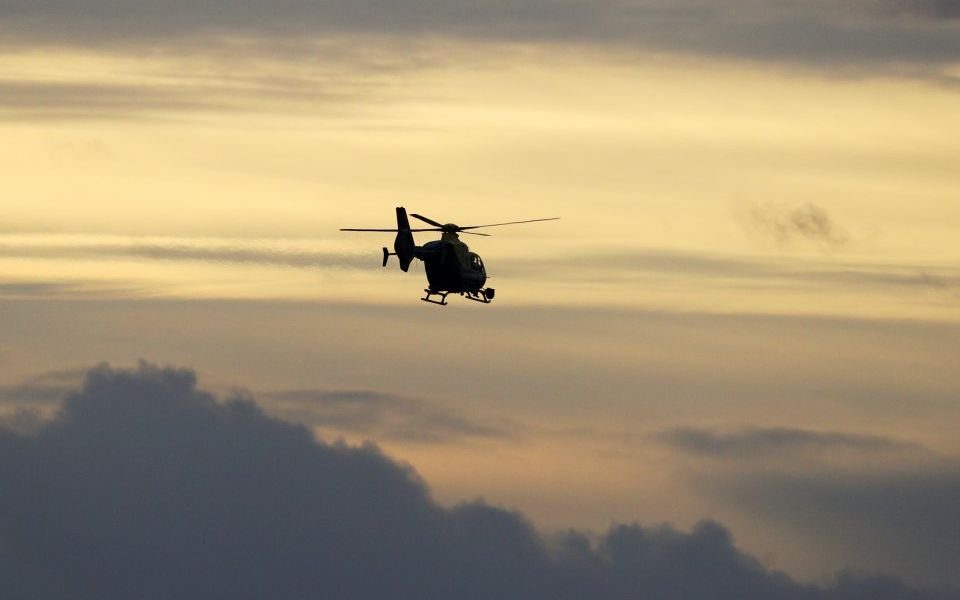 The Army has been deployed to assist with the ongoing crisis at Gatwick airport, which has seen flights grounded since Wednesday because of drones flying near the runway.

Drones which have grounded all flights at Gatwick Airport are “highly targeted” and have been “designed to close the airport and bring maximum disruption in the run up to Christmas”, its chief executive Stewart Wingate said this afternoon.

Defence secretary Gavin Williamson confirmed the armed forces would step in and use their “unique capabilities” to put a stop to the disruption, which has already plunged tens of thousands of passengers’ Christmas travel plans into chaos.

Defence Secretary Gavin Williamson has confirmed that specialist equipment has been deployed by the MOD to Gatwick airport to assist Sussex Police. @GavinWilliamson: "Our Armed Forces are always ready to support the civilian authorities."

Nearly 3m people were due to pass through the airport over the festive period, according to Stephen King, head of airline relations at Gatwick, in what was due to be the “busiest Christmas in the airport’s history”.

But Gatwick remains closed tonight after reports of two drones flying over its airfield at around 9pm on Wednesday.

Operators attempted to reopen the runway at 3am on Thursday, but further drone sightings forced them to close it again 45 minutes later.

“On behalf of everyone at Gatwick I would like to repeat how sorry we are for the inconvenience this criminal behaviour has caused passengers…" Read the full statement from our CEO, Stewart Wingate. https://t.co/M47tA37itJ pic.twitter.com/FB5nHOlHe5

Transport minister Chris Grayling said: “This is a commercial-sized drone. Every time Gatwick tries to re-open the runway, the drones reappear.”

Grayling yesterday temporarily eased restrictions on night-flying at other airports to reduce congestion from diverted flights.

Prime Minister Theresa May said those flying the drones were “irresponsible and completely unacceptable,” voicing sympathy for travellers affected.

Defence secretary Gavin Williamson said Sussex police, who had already deployed 20 units to fight the disruption, had requested support from the Army. He did not reveal what the armed forces would do, but said they have “a range of unique capabilities.”

“This isn’t something we would usually deploy, but we are there to assist and do everything in we can so that they are in a position to open the airport at the earliest opportunity,” he said.

A representative for Sussex Police said there was no indication of the threat being terror-related. “Public safety is paramount and we will take all available actions to disrupt this deliberate act,” the force added in a tweet.

#GatwickDrones | We are carrying out a joint search w/ @Gatwick_Airport for the operators of #drones sighted at #Gatwick. Public safety is paramount and we will take all available actions to disrupt this deliberate act. There are no indications to suggest this is terror related. pic.twitter.com/J36d0Xzo2G

Police 'sharpshooters' reportedly arrived at the scene this afternoon.

Gatwick Airport have brought in specialist police snipers to shoot down the rogue drones pic.twitter.com/NwLsOTlHJS

Passengers have been strongly advised to check for updates on their flight with their airline before travelling to the airport, where scenes of chaos continued to play out on Thursday with all flights grounded and departure halls full of angry travellers.

A Gatwick spokesperson said airlines were working to provide affected passengers with appropriate assistance, including hotel accommodation or to transport those being diverted to other airports back to Gatwick.

“Travellers will rightly be looking at their travel insurance policies,” he said. “This means insurers will start 2019 having to deal with very significant claim volumes.”

What the airlines said

Ryanair said this evening all planned flights to and from Gatwick tomorrow would operate via Stanstead airport instead.

Easyjet cancelled all of its flights to and from Gatwick this afternoon. The airline said it expected the disruption to continue tomorrow.

We expect disruption to continue into tomorrow and so advise all customers flying to and from London Gatwick tomorrow to check the status of their flight on our Flight Tracker https://t.co/wJaEeGPHSw or via the app.

Richard Branson's Virgin Atlantic advised that flights due to depart from Gatwick today would be rescheduled to fly from Heathrow.

We have been forced to divert all incoming flights to other UK airports, and flights due to depart today are either delayed or have been rescheduled to a @HeathrowAirport departure.

Check details of your flight at: https://t.co/T97XdNHD1e