Greece delays €300m IMF payment until the end of the month 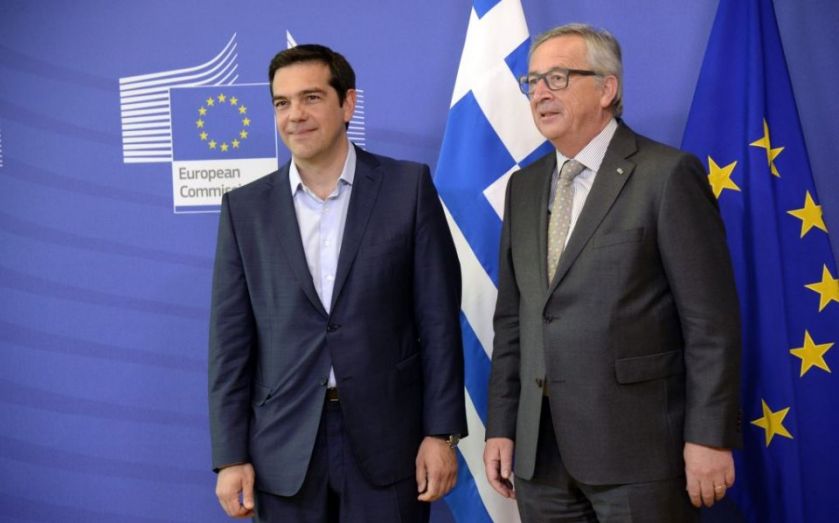 Greece has informed the International Monetary Fund (IMF) that it plans to bundle its June debt repayments into one payment of €1.5bn due on 30 June.

Originally, the Greek government had a €300m payment to the IMF on Friday. However, Green has announced that it will bundle this, along three other payments, into one at the end of the month, in a move seen to move the country closer to default and possible exit from the eurozone.

The delay leaves the Greek debt crisis in a dangerous phase, leaving the country to prepare for a much larger payment of €1.5bn by the end of the month.

Under IMF rules, countries can bundle their debt repayments for one month "to address the administrative difficulty of making multiple payments in a short period".

Greek Prime Minister Alexis Tsipras spent Thursday night in Brussels holding talks with European leaders to reach a deal on bailout funds for his country before it runs out of money.

He said an agreement with Greece's international creditors was "in sight", however the head of the eurozone's finance ministers, Jereon Dijsselbloem, said the gap between the two sides was "still quite large".

Christine Lagarde, managing director of the IMF, said she was confident that Greece would honour its debt repayment promises, having received assurances from Mr Rsipras earlier this week.

The Greek authorities have informed the Fund today that they plan to bundle the country’s four June payments into one, which is now due on June 30.

Under an Executive Board decision adopted in the late 1970s, country members can ask to bundle together multiple principal payments falling due in a calendar month (payments of interest cannot be included in the bundle). The decision was intended to address the administrative difficulty of making multiple payments in a short period.

Greece’s finance minister, Yanis Varoufakis, conceded that his country would be unable to continue making repayments at some point. For the short term, he told Sky News:

Objectively speaking, we have until the 30 June because this is when the extension of the agreement with our creditors expires.