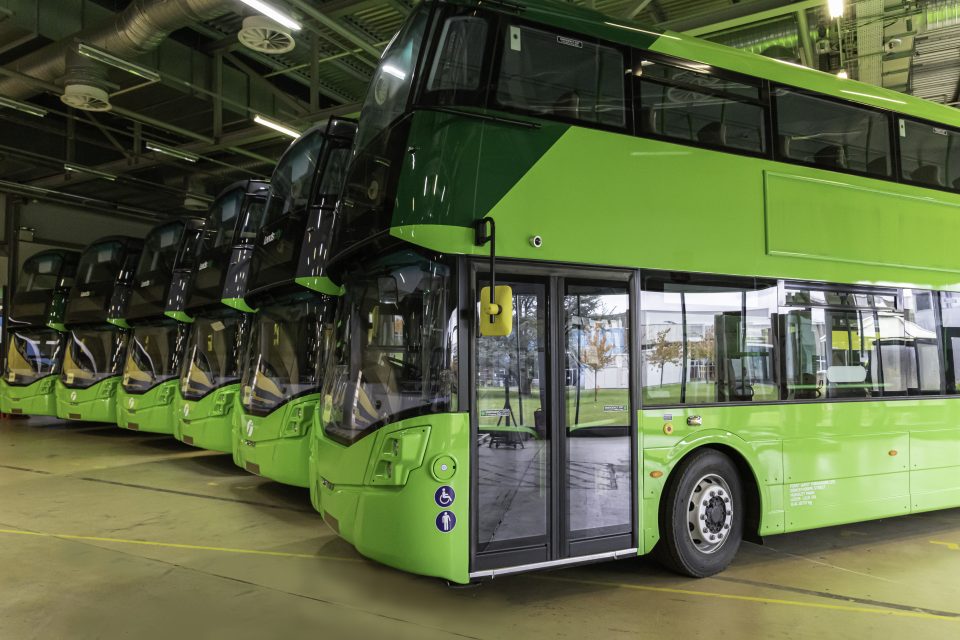 In February ministers unveiled a £50m fund for local authorities to apply to become the country’s first all-electric bus town as part of £170m in new funding for buses.

Speaking to the transport select committee this morning, Shapps said that after the initial popularity of the scheme, which has had 17 applicants so far, a similar hydrogen initiative would soon be rolled out.

Shapps said that he was keen for British bus manufacturers to become world leaders in the technology, saying the UK had a chance to “steal a march on the rest of the world”.

In recent months, there has been an increasing focus on the technology, with supporters saying it could be critical to decarbonising the UK’s heavy transit mix.

Later this year London will take receipt of its first all-hydrogen buses from manufacturer Ryse, which is run by JCB scion Jo Bamford.

Responding to the news, Bamford said that the UK could use the technology to carve out a niche for itself in the post-coronavirus world.

“We’re delighted that the Secretary of State shares our vision and belief that the UK can lead the world in hydrogen technology.

“As the producer of the world’s-first double decker hydrogen bus, we have been encouraging the government to consider a hydrogen bus Town as we believe this will be a brilliant showcase of the vital role that zero-emission hydrogen buses – all of which can be produced and manufactured in the UK – can play in improving air quality.

“Hydrogen buses are essential for longer routes and heavy usage, as they can do many more miles than an electric bus and take only five minutes to be refuelled.

More widely, a group of leading UK businesses have said that they are prepared to commit £1.5bn to the technology if the Treasury gives its backing to a UK-wide hydrogen strategy.

Shapps seemed to endorse the bus scheme this morning, saying that he was “extremely ambitious” for the technology.

He also confirmed that current measures to provide financial support for bus operators, which run until early August, were being reviewed every four weeks.

The Department for Transport has thus far committed over £650m towards keeping services running through the lockdown period.

Given the lack of passenger demand for the services, it is widely expected that the measures will be renewed in August.