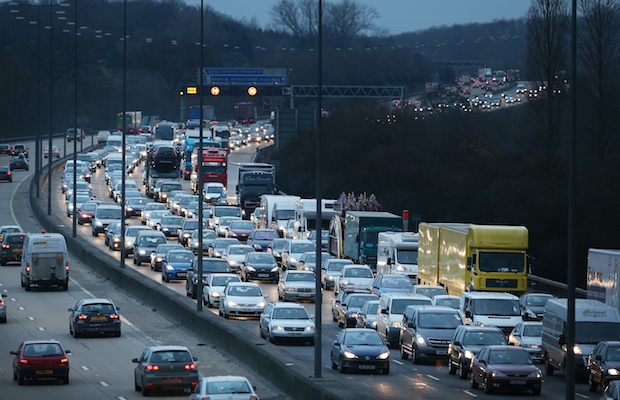 The government has scrapped plans for the UK's first toll road in over 10 years. The bill to pay for improvements to the A14 will now be paid not by motorists but by the general taxpayer. It is now unlikely the government will feel emboldened to undertake more radical solutions to tackle the problems on Britain's roads.

Here are just a few of the ways road pricing schemes would benefit both taxpayers and motorists.

Currently the UK suffers some of the worst congestion in Europe. With such a high demand for road space, without pricing the roads will continue to see vast traffic jams. Once charging is introduced motorists will have to judge how valuable certain routes and times of travelling are to them. Pricing provides a way for valuable road space to be allocated to those motorists who value it highest. Pricing will also provide a valuable incentive for private investors to spend significant sums on the road network in the hope of greater returns.

Local authorities also do not have much incentive to spend their road maintenance budgets in the best way possible, as they do not charge motorists directly for the use of the roads. Rail projects such as HS2 have been politically favoured over roads despite the average benefit–cost ratio of cancelled road projects being 3.2 and the average benefit–cost ratio of projects that are deferred is 6.8. Yet rail projects such as HS2 receive tens of billions more in funding for lower returns.

Britain's roads are severely underfunded. 90 per cent of passenger traffic and over 60 per cent of freight movement is by road, compared to 8 per cent and 10 per cent by rail, respectively. Toll pricing would add much needed investment for the UK's main source of transport. It is not just quantity of the road space that is frustrating motorists but also the quality. In 2012 there were 1.5 million potholes with 40 per cent of road users saying that conditions had worsened over recent years.

UK roads are the most crowded in Europe, with congestion costing around £20bn a year. The UK has about half as much motorway per vehicle kilometre travelled as other major EU countries. Pricing may help alleviate some of the UK's congestion hotspots.

Alas, the government has as yet failed to take the necessary steps to alleviate Britain's clogged road network. Rejecting any move in the direction of road pricing and the introduction of market mechanisms for roads may prove popular in the short term but bodes poorly for the long term of Britain's transport infrastructure.