Gotham City Research has got investors' attention with a note about Endurance International Group (EIGI), with a target share price of “$0.00 per share”.
The shadowy analyst firm posted an intriguing tweet earlier today saying it had found a company “that gets us just as excited as Quindell and Gowex did”.
https://twitter.com/GothamResearch/status/593045486216425472
It followed that tweet up with another, equally tantalising post, saying between 40 per cent and 100 per cent of its profits “are suspect”. But still it didn't tell us the name.
https://twitter.com/GothamResearch/status/593050344021594114
The big reveal came minutes later, along with a blog post entitled “A web of deceit”.
As well as questioning its profits, Gotham City claims that its organic growth is “overstated 3x”, and noted that the management team, including chief executive, recently sold off 30 per cent of their stake.
Here is the full note.
Nasdaq-listed Endurance's share price has fallen off a cliff, tanking more than 26 per cent this afternoon. The company could not be contacted as City A.M. published. 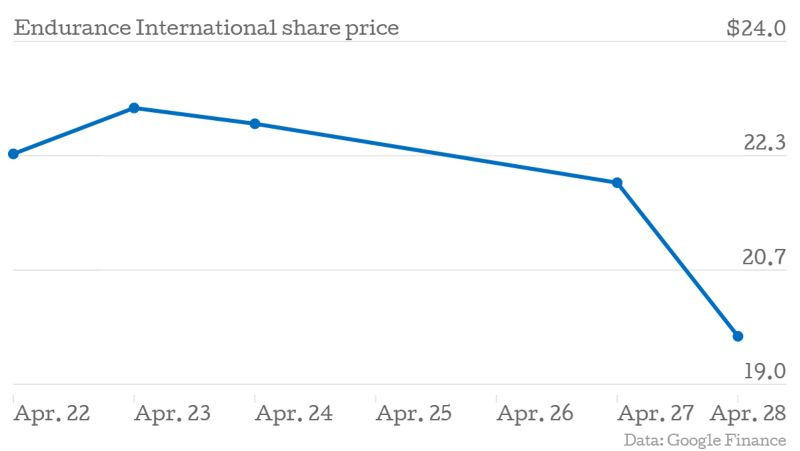 Gotham famously brought Quindell almost to its knees when it published a blog post claiming the company was "a country club built on sand".
Quindell's share price fell 39 per cent in one day, but went on to win a libel claim against the analyst.
However in November chairman Rob Terry left amid increasing pressure to get the company back on track and his failure to shake off the legacy of the note.