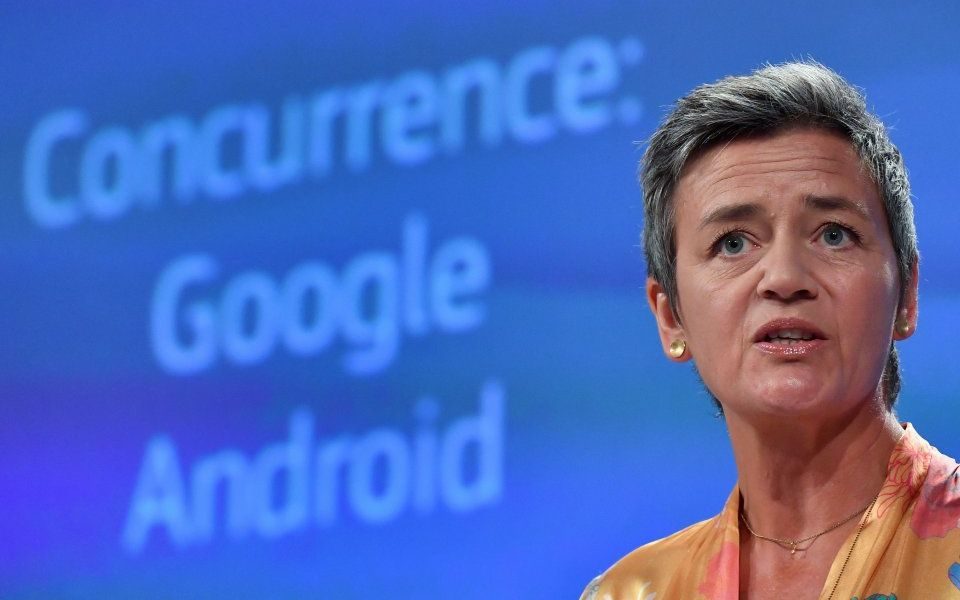 Brussels concluded that Google forced smartphone makers to favour its own products such as Search and Chrome if they wanted to run on Android, which is used on 80 per cent of the world’s phones. Without them, manufacturers were denied access to the GooglePlay app store.

The fine is nearly double the amount Google was asked to pay up by the watchdog last year, after a separate investigation found it had abused its online shopping service to prioritise its own results. But what did industry analysts, tech experts, and those on either side of the case have to say?

"Google has used Android as a vehicle to cement the dominance of its search engine," said Commissioner Margrethe Vestager, who oversaw the case from the get-go.

"These practices have denied rivals the chance to innovate and compete on the merits. They have denied European consumers the benefits of effective competition in the important mobile sphere.

"This is illegal under EU antitrust rules."

The French government also chimed in on the news, saying that the EU had made an "excellent decision".

“No-one is above the laws that have been laid down in common for all, not Google, nor any other entity,” said government spokesman Benjamin Griveaux.

Google's top boss Sundar Pichai, alongside the company's legal team, argued from the start that any case built against them by the EU needed to list Apple as a competitor. The EU disagreed, on the basis that Apple technology cannot be licenced by a third party, while Android is offered up to phonemakers for free.

Writing in a blog post today, Pichai said: "The decision ignores the fact that Android phones compete with iOS phones, something that 89 per cent of respondents to the Commission’s own market survey confirmed."

He added that while products like Search are often preloaded by smartphone manufacturers (presumably to gain access to Google Play, the core of Vestager's argument), users can disable or delete them in favour of choosing other apps instead.

"The Commission’s Android decision ignores the new breadth of choice and clear evidence about how people use their phones today."

Most legal experts believed that today could have a significant impact on how Google operates in the future, and that the EU was on the right side of the law.

Bird & Bird's co-head of its competition and EU group Peter Willis, said that the EU's fine "will distract attention away from the fact that Google's conduct, as found by the Commission, fell within a very traditional category of abuse of a dominant position".

"I expect we'll hear all sorts of claims that this is a political step to target a US company, but it's entirely consistent with a long line of cases tackling similar conduct by European and other companies."

Anna Morfey, a partner at Hausfield, pointed out that today's fine is not too dissimilar to the one imposed on rival firm Microsoft over a decade ago in relation to its Windows operating system and the pre-loaded installation of products like Windows Media Player and Internet Explorer.

Others outside of the law sector, like Sam Dumitriu, head of research at independent free-trade think tank Adam Smith Institute, said:

“Restricting Google’s ability to pre-install its own apps through agreements with manufacturers will reduce the incentive for Google to invest in and improve the Android platform. It could even lead Google to charge manufacturers upfront licensing fees to use the Google Play store."

Google has launched an appeal on the EU's decision, which will now run in tandem to another appeal made by Google against a similar fine from the EU last year over its online comparison shopping service.

A third case between the two is still ongoing, which looks into whether Google's Adsense product prevents third party operators from displaying ads for Google competitors.