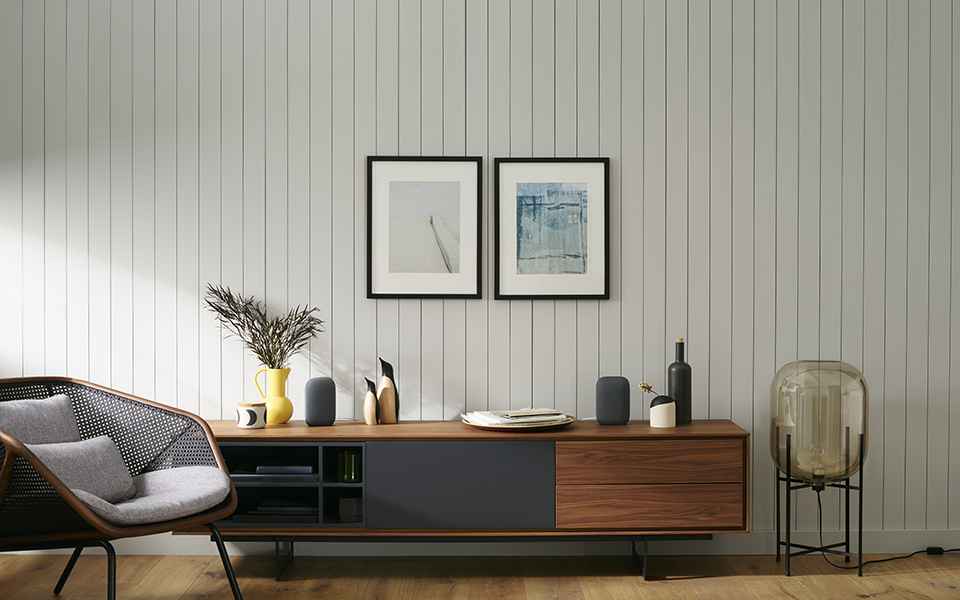 The Google Nest Audio replaces Google’s existing mid-sized smart speaker, 2016’s Google Home. Whereas the previous device prioritised looks over performance, resembling an futuristic reed diffuser that could be placed anywhere around the home without appearing too conspicuous, the Google Nest Audio is unashamedly a speaker with an uncompromising focus on sound quality.

That’s not to say it’s not still pretty enough to sit on any shelf in the house. Pill-shaped and chalk-coloured, the seven-inch tall, voice-activated speaker is wrapped all around in fabric made from recycled plastics to match the smaller Google Nest Mini. It features a minimalist, rounded design with capacitive touch controls hidden along the top edge.

According to Google’s figures it’s 75 per cent louder and 50 per cent bassier than the previous model, and this seems to hold true in testing. The Google Nest Audio produces a much richer sound than the old Google Home, with thumpier bass at the low end and noticeably improved clarity in the vocal range. The overall boost in sound quality also means the Google Assistant’s voice feels more present in the room.

Used alone, it’s a beefy enough speaker with a wide enough sound to service a single room, though by itself it doesn’t quite have the presence or loudness to serve as the primary speaker for a living room setup. Combine two Nest Audios in the Google Home app, however, and they’ll work in stereo, appearing as a single Bluetooth device for easy pairing with sound systems and televisions. In stereo the Nest Audio is a suitable replacement for a soundbar, and at £89 each it’s cheaper than many soundbars too.

Setting the Nest Audio up with the Google Home app is about as simple as it gets. Pairing is seamless, and it’s straightforward to add the speaker to an existing group to create multi-room audio, or to have your music follow you from room to room. The microphone array has been tuned to be better at picking up your voice from across the room, even amid loud background noise, so commands given to Google Assistant are more readily understood.

For £89, you can’t fault this stylish and compact speaker. The Nest Audio is a welcome refresh of Google’s leading smart speaker, and an upgraded piece of hardware that blends seamlessly into the contemporary home. Simply the best smart speaker for under £100.