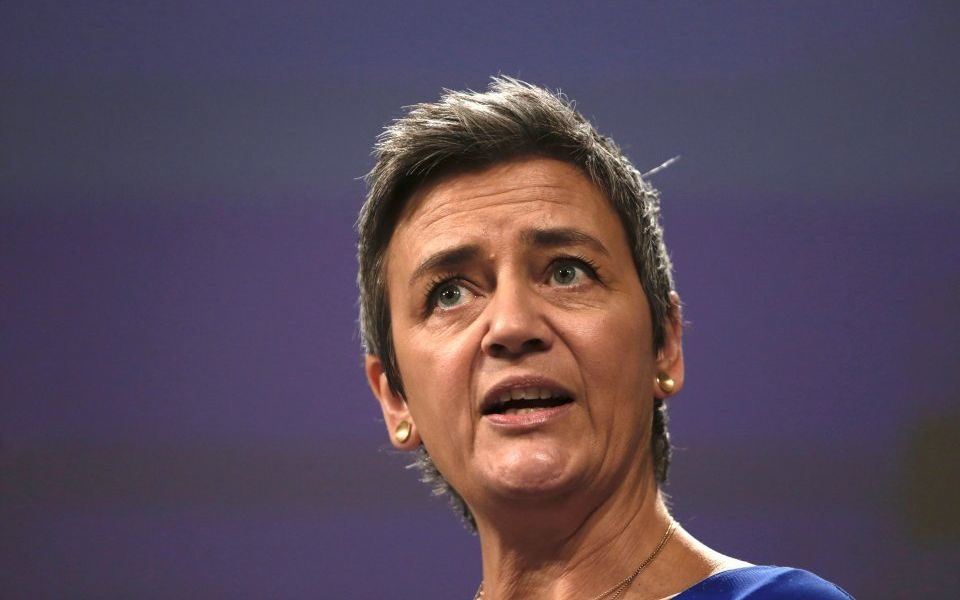 Google has been hit with a €1.49bn (£1.28bn) fine for abusing its dominant online advertising market position.

The European Commission accused the tech giant of preventing rivals from gaining a foothold in the market it loomed over with its Adsense software, thereby denying consumers the benefit of strong competition.

“Google has cemented its dominance in online search adverts and shielded itself from competitive pressure by imposing anti-competitive contractual restrictions on third-party websites,” said Commissioner Margrethe Vestager, in charge of competition policy.

“This is illegal under EU antitrust rules. The misconduct lasted over 10 years and denied other companies the possibility to compete on the merits and to innovate – and consumers the benefits of competition.”

Google’s Adsense for Search product enabled major publishers to make extra money from the space around their own websites’ internal search results by displaying adverts.

But the Commission said that Google’s practice of including exclusivity clauses in such deals meant those publishers could not place ads from Google’s rivals.

Google then replaced those exclusivity clauses in March 2009 with “Premium Placement” clauses that reserved the most profitable spots for Adsense ads, as well as demanding a minimum number of adverts.

“As a result, Google's competitors were prevented from placing their search adverts in the most visible and clicked on parts of the websites' search results pages,” the Commission said.

Google also demanded that publishers requested written approval from the tech giant for any changes to the ways rivals’ adverts were displayed.

“Google's rivals were unable to grow and offer alternative online search advertising intermediation services to those of Google,” it said.

“As a result, owners of websites had limited options for monetising space on these websites and were forced to rely almost solely on Google.”

Kent Walker, Google's senior vice president of global affairs, said: “We’ve always agreed that healthy, thriving markets are in everyone’s interest. We've already made a wide range of changes to our products to address the Commission's concerns. Over the next few months, we’ll be making further updates to give more visibility to rivals in Europe.”

It is the third massive fine Google has suffered at the hands of the Commission.

Previously Google was fined €2.42bn for antirust offences in the online shopping industry in 2017, as well as a 2018 €4.34bn penalty for using its mobile operating system Android to bolster the dominance of its search engine.

Freshfields partner Dr Andreas von Bonin said: “Given that this fine is significantly smaller than the previous fine handed out to Google and that the company has already factored in the impact of displaying competitor search ads, it’s unlikely it will inflict any lasting damage.

“The timing of the EU Commissioner’s ruling, however, is most interesting as it comes at a crucial moment for antitrust globally, with a number of authorities already taking a closer look at the state of online advertising.”

Jim Cridlin, head of innovation at media firm Mindshare, said clients are concerned about the concentration of power among a few major players in the digital sector, but there is yet to be a major movement away from the likes of Google.

“Although any legal finding is concerning to advertisers, in this particular instance, advertisers may not be overly concerned given the majority of the searches they care about happen on Google,” he added.