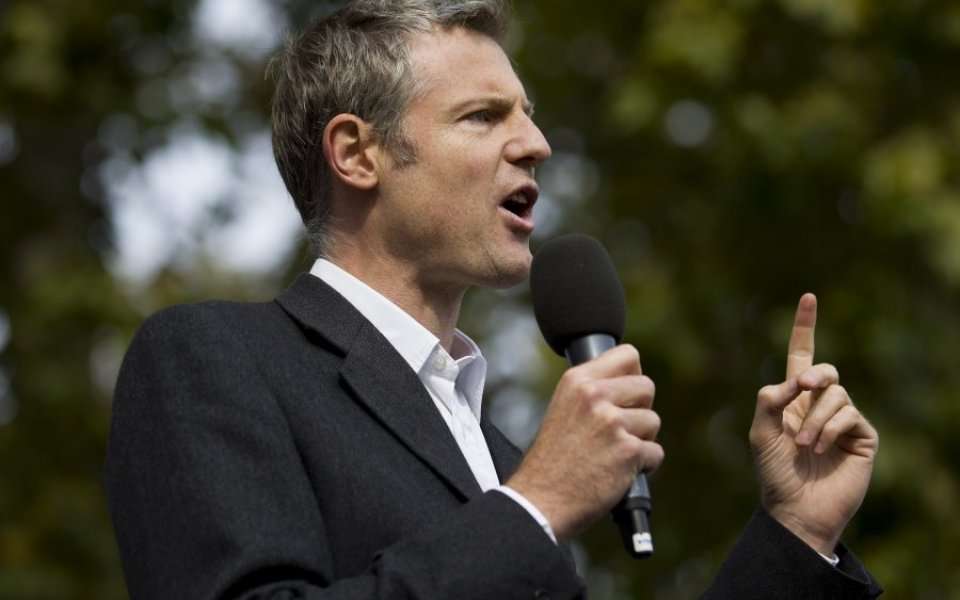 Goldsmith, a self-described eurosceptic, said that while he wished the Prime Minister well in his ongoing negotiations with the European Union, he was “not so naive as to hold [his] breath”.

“I’ve seen where the negotiations are going at the moment, and they’re not all that impressive,” Goldsmith said.

He added that he believed “there will come a moment” when the Prime Minister might “feel the need to go back to Europe with slightly tougher demands”.

Goldsmith, the MP for Richmond Park, also reiterated his staunch opposition to expanding Heathrow Airport, saying he will be “furious” if ministers back the Airports Commission’s recommendation for building a third runway at the west London airport.

“It will be an enormous betrayal to the people I represent, a betrayal of me, and other representatives who have been campaigning on the basis of a promise that was made very, very clearly,” Goldsmith said.

As Tory leader in 2009, Cameron pledged that there would be no third runway at Heathrow, “no ifs, no buts”.

Goldsmith, who has repeatedly vowed to resign from his Richmond Park seat and trigger a by-election if the government supports expansion at the west London airport, said yesterday that while he “regrets” making the pledge, he would nevertheless honour his commitment if necessary.

City A.M. understands that a government aviation committee is due to meet tomorrow, but it is likely that rather than making an endorsement, ministers will lean on last week’s report from a parliamentary committee calling for more environmental checks to be done before backing Heathrow.

Goldsmith, who trailed six points behind his Labour rival Sadiq Khan in the most-recent YouGov poll, said yesterday that the run-up to next May’s mayoral election would be a “monster campaign”.

Goldsmith said he was “numerically miles behind Labour” based on General Election results in the capital, and admitted that ardent supporters of Labour leader Jeremy Corbyn were likely to mobilise Khan’s campaign.