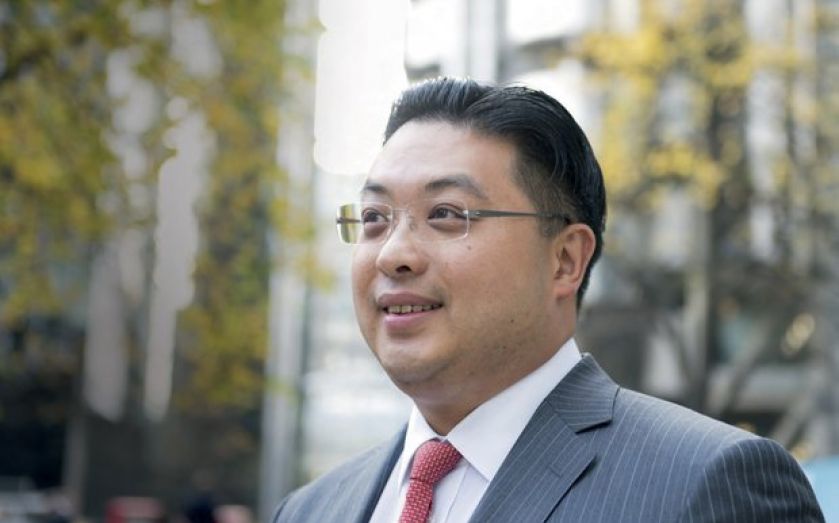 Did you sell sweets to all your classmates? I ask Johnny Hon, interjecting as he talks about his childhood. “Yes, I did actually,” he chuckles, before moving back to explaining how he never took money from his parents after the age of 18, and ended up selling second-hand cars to fund his education. “They taught me how to be independent from an early age; to be open-minded and appreciate people from all sections of society.”
It wasn’t that the Global Group founder’s family were ever short of a few bob – he came to the UK aged 12 to study at Uppingham School before attending King’s College London and Cambridge University. But spotting business opportunities and making the most of them seems to have been hard-wired into Hon.
After a stint in private banking and forex in the Middle East, he began a PhD in psychiatry. It was while at Cambridge that he started to build his business, putting Chinese entrepreneurs in touch with students who could help them create business plans. Now, Global Group’s range is vast, and Hon’s business interests almost endless. He is (and this is just a current selection) the executive chairman of his own company and Gate Ventures, which he also founded, a senior consultant for Pearl Oriental Oil, a fellow of the University of Buckingham, an adviser to the Chinese and Armenian governments, director of Infinity Creative Media, chairman of his own film company, and vice chairman of Sotheby’s International Realty. His financial-based interests alone stretch from a stake in a lottery in China to a bank in the Comoros Islands and an online gambling firm in London. But he’s a benefactor of the Duke of Edinburgh Award World Fellowship, and funds scholarships at Oxford, Cambridge and Peking Universities. “I did think about pursuing medicine. But I realised that making money means you can do a lot more good than just one doctor.”
Hon has always worked between Hong Kong and London, and says that the aim of his firm is to “bridge gaps. Historically, we’ve got more of a connection with Britain than with other Western nations. The US sees China as competition; the UK sees the opportunity for trade. Lots of Chinese people know British brands.” Hon mentions the Northern Powerhouse, explaining that one of the reasons it’s such an appealing prospect to the Chinese is that “northern cities are premium brand names in China because of football teams. Chinese people love football like they love the royal family.”

But the entrepreneur is also aware of the differences between the two nations – and he puts a lot of it down to geography. “The thing is, the Western culture started around the Mediterranean. That’s a peaceful sea. The Yangtze river isn’t like that: it floods all the time, it kills people. In the West, the individual became the most important thing because people had more time to think about the self, their relationship to god. That didn’t happen in places of flooding.”
This thinking extends to human rights. He mentions the trolley problem, the ethical dilemma which states that there are five people tied down to a railway track with a train bearing down on them. You have the power to switch the train off the track, but then realise that there’s one person standing in the sidings. Who do you save? “In China, people would always choose to save the many over the one person. It would be out of the question to do anything else. When we’re talking about human rights, we need to remember that, to lots of people, some are more important than others. It’s not easy to say what’s right and what’s wrong.”

Understandably, Hon is also accommodative of different ways of doing business. A good example, he says, is agreeing on and delivering a contract. “In the West, you sign a contract and it’s set in stone. In the East, it is perfectly common for a contract to undergo ongoing renegotiation. And it’s seen as a good thing to do – it keeps the spirit in the agreement.”
And his open-mindedness helps him to spot opportunity. One of the nifty approaches he is currently taking is “repackaging” brands. “Littlewoods, for instance, may not be so popular here anymore, but it’s a brand that could work in China. There’s a rapidly expanding middle class who have the same appetite for knowledge and desire for quality as the British – but the products and services aren’t available.”
He’s already acting on this when it comes to TV. A confessed arts buff with several film executive producer roles under his belt, Hon’s set his sights on a UK-made series, teaming up with Lord Grade, former chairman of the BBC. “In my view, TV is done a lot better here. The Chinese all watch Kung Fu Panda. It’s not like the Chinese can’t draw pandas, it’s because the animation is better.” And Hon is also taking the musical to China. “The musical is a new concept in China, and I think it will be very popular.” Again, the key is to be savvy enough to dress up something for a new audience: we might be Lloyd Webber-jaded, but there’s no reason for other nations to be. A couple of weeks ago, Hon attended the London launch of Sunset Boulevard, which Gate Ventures invested in. When we met, just beforehand, he was “extremely excited – and a lot of that is because I love Glenn Close.”
If anything, Hon sees China’s slowing economy as a golden opportunity. “The rate that property prices in China are rising is slowing. I believe that’s a good thing, long-term. And in the more immediate future, when the economy isn’t going as fast, entertainment products always work best.” Because of this, he is looking to invest increasingly across entertainment, technology and e-commerce businesses. “Think about Hollywood during the Great Depression. Really, people just need to be able to dream a bit.”