Gold, the Federal Reserve, and the dollar – what's driving up precious metal prices? 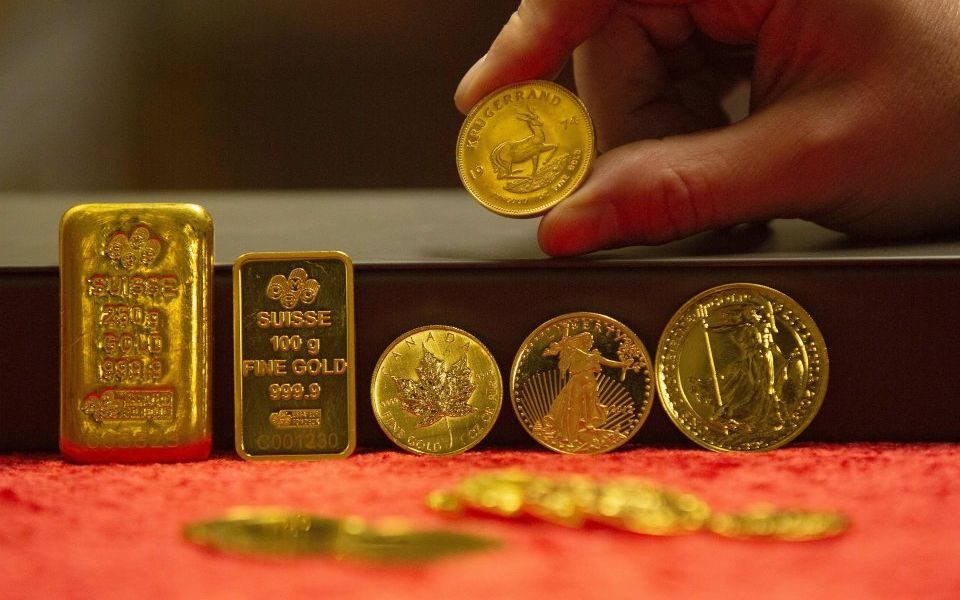 Gold has been making a comeback. After a long period with little activity last year, the precious metal’s value has risen as stock markets have struggled and fallen.

Combine the volatility of equities with the increase in geopolitical fears, and many investors are re-evaluating whether to increase the amount of gold in their portfolios.

The price is currently around $1,300 (£981) an ounce. Its value has been gradually rising since a low point of $1,176 in August, and peaked in February at around $1,343. It has dipped as the US dollar has strengthened – a stronger dollar makes the commodity more expensive for those buying with other currencies, putting pressure on the metal’s price.

The price is also heavily tied to US interest rates. If rates rise, the dollar gets stronger and the value of gold decreases, because the metal doesn’t pay out a yield. In fact, it is technically a negative- yielding asset, because of the costs of physical storage.

Due to this link with interest rates, all eyes are on the Federal Reserve this week, which will announce its latest decision on rates on Wednesday.

The Fed raised rates four times in 2018, in spite of criticism from President Donald Trump, and its base funds rate is currently between 2.25 per cent and 2.5 per cent. Yet after the sharp rise last year, the central bank has projected a more dovish stance since the start of 2019, and has previously stated that it will be “patient” regarding the need for further hikes.

Many economists now think that it will simply hold rates throughout 2019 – some even predict that, because of weaker economic growth in the US and around the world, it may have to cut them, which would be a positive force on gold prices.

“The Fed has adopted a more flexible and patient monetary policy, effectively putting rate increases on hold and increasing expectations that it will be more likely to lower rates than increase them in the near future,” says Will Rhind, founder and chief executive of GraniteShares.

Another positive outcome – for gold investors, at least – of holding or cutting interest rates is that US inflation would likely rise. This would increase demand for the metal as a hedge against inflation and help push its price higher, according to Rhind.

However, all this depends on the Fed doing exactly what economists predict. Any surprise announcements could push the metal’s prices downwards, according to Adrian Ash, director of research at BullionVault.

“Consensus across the markets now sees a perfectly dovish outlook, with zero chance of a US rate hike in 2019, plus an early end to its quantitative tightening policy. Any hint of anything else in this week’s projections or Fed chairman Jerome Powell’s press conference could pop that confidence,” he warns.

Ash adds that any price falls might be a buying opportunity, especially for investors looking to hold gold as an insurance against volatility in the stock market.

Looking beyond the Fed, other world events are having a significant effect on gold. Along with Brexit and the ongoing US-China trade tensions, there are several hotspots on the geopolitical radar that are driving concerned investors towards it.

“Increased geopolitical risk is typically supportive of gold,” explains Rhind. “The recent breakdown in US-North Korea talks, increased tensions between Pakistan and India, economic and political turmoil in Venezuela, and continued frictions in the Middle East mainly focusing around Iran and its proxies are all supportive of gold prices as investors seek haven investments.”

But while the yellow metal is seen as a traditional safe-haven asset – a place for investors to store their wealth when other markets are more volatile – some economists have questioned this reputation. For instance, with inflation practically non-existent in some economies, the commodity’s claim as a hedge against rising prices becomes irrelevant, according to economic adviser Alastair Winter.

“I do not view gold as a sure safe haven in a market meltdown or economic slump, but it is a potential hedge in prolonged periods of market uncertainty or gloom,” he argues.

Instead, cautious investors are turning to other dollar-denominated assets, such as US Treasury bonds and even cash deposits, as hedges against volatility in the stock markets. These assets have the added advantage, Winter notes, of generating returns that are at least a little higher than the current level of inflation.

“Holding such dollar assets is something of a rival to gold, which may explain why the price has not really taken off. I am not even sure that a rate cut by the Fed would result in much of a flight from the dollar, as any cut would be seen as a negative economic signal.”

In the short term, gold’s appeal is set to continue. There’s a mixed outlook for major economies such as the US and UK, and stock markets continue to underperform. Even if its status as a safe-haven asset has come into question, this reputation is firmly established with most investors. All of which serves to support the metal.

Look at the long term, however, and the situation is more fluid. Any surprises from the Fed in the coming months could knock the metal, and the US dollar is continuing to strengthen. Plus, once we’ve moved past key sources of uncertainty, such as Brexit and the US-China trade talks, then markets may regain confidence, and gold’s appeal will be weakened.

Optimistic perhaps, but any resolution to geopolitical risks is no bad thing, even if it were to put a dampener on gold prices.