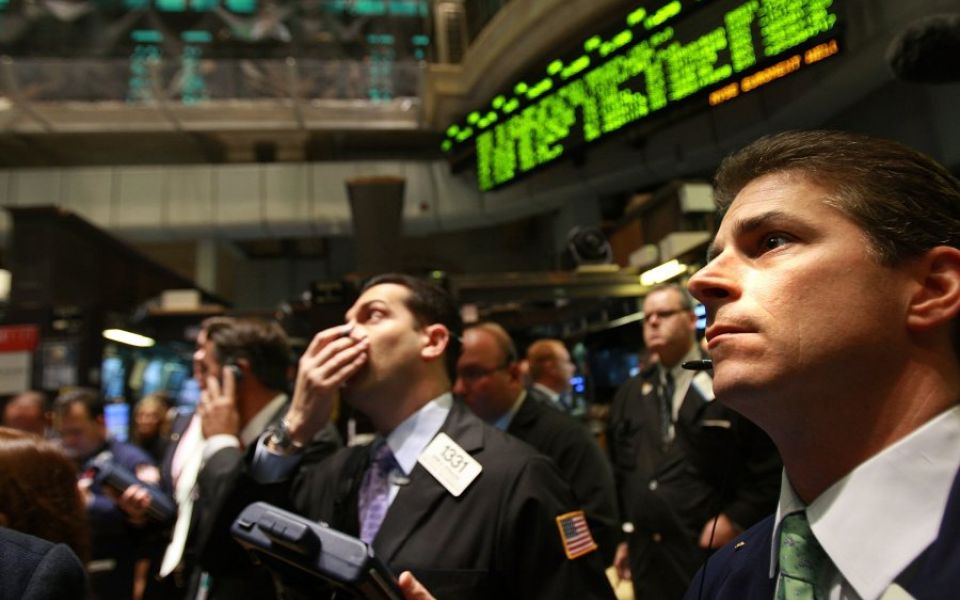 Ten years ago this week the credit crunch started to bite. Take a look back at the global events that shaped one of the biggest recessions in history.

Markets wake up to a problem when French bank BNP Paribas halts redemptions, or funds claimed by investors, on three investment funds. The bank cannot measure the value of some of the obscure (but now infamous) collateralised debt obligation (CDO) instruments in its portfolio. These bundle up risky loans into supposedly rock-solid securities, but when the underlying borrowers default they quickly become worthless.

The credit crunch hits with full force when Northern Rock, the UK’s fifth-largest mortgage lender, suffers the first run on a British bank since 1866, after being forced to approach the Bank of England for a loan facility to replace money market funding. Queues form in the streets as desperate depositors try to get out their money. Chancellor Alistair Darling is forced to step in with liquidity support for the bank. After two failed takeover offers and with the financial system collapsing, Northern Rock falls into state ownership in Feb ’08. 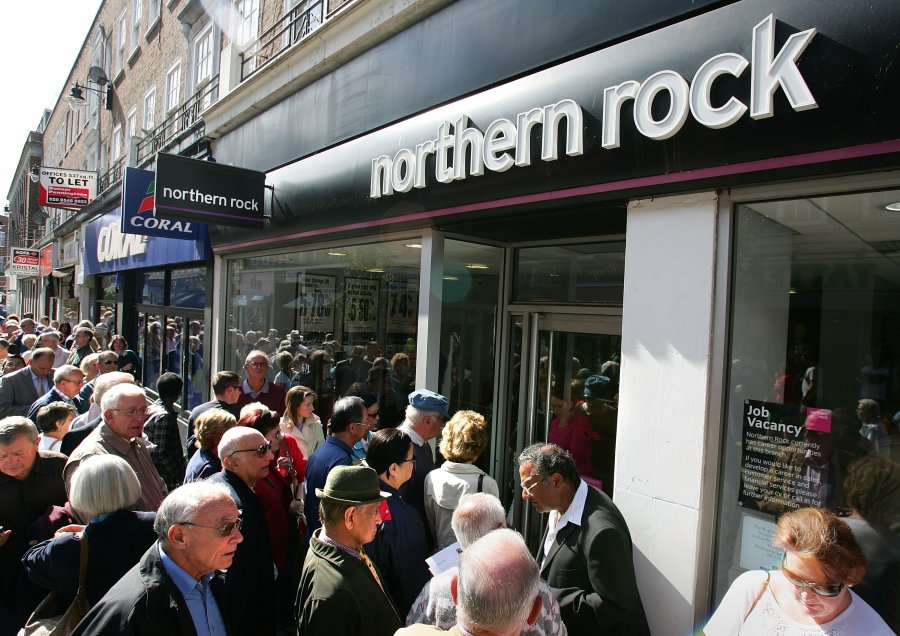 In January, the Fed slashes its target for the federal funds rate 75 basis points to 3.5 per cent, then again to three per cent as the realisation of a crisis in the housing market hits home. Sales fall to a 10-year low and in February President George Bush signs an economic stimulus act into law. By March, the Fed realises it needs far more firepower, announcing $200bn in lending of Treasury securities to prop up the mortgage-backed securities market, where banks try to swap risks. More rate cuts follow. By April the International Monetary Fund (IMF) is predicting potential losses in the trillions of dollars.

Global investment bank Bear Stearns becomes a major early casualty and is bought by JP Morgan for $240m. In the years leading up to its failure, Bear Stearns was heavily involved in securitisation and issued large amounts of asset-backed securities. As investor losses mounted in those markets in 2006 and 2007, the company actually increased its exposure, especially the mortgage-backed assets that were central to the subprime mortgage crisis. The Fed is terrified the trillions on Bear Stearns’ balance sheet will become worthless, sparking global panic, if it doesn’t step in. 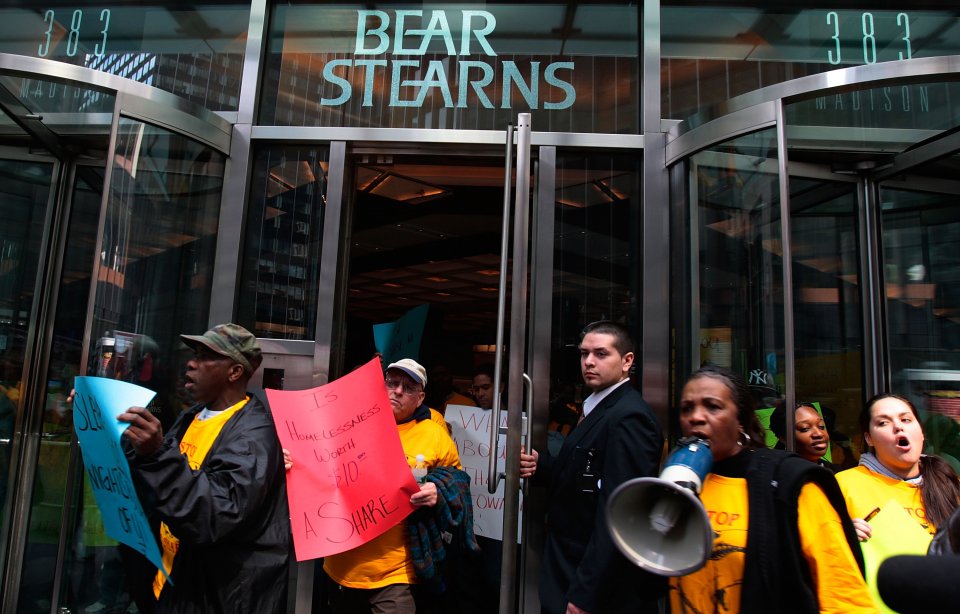 Problems start surfacing at giant US government-backed mortgage buyers Fannie Mae and Freddie Mac. On 15 July 2008 the Securities Exchange Commission (SEC) issues an emergency order temporarily prohibiting naked short selling of the companies, but by 7 September 2008 the US government is forced to bail out the two entities.

Bank of America says it will buy Merrill Lynch for $50bn, but later that day the unthinkable happens: venerable investment bank Lehman Brothers files for the largest bankruptcy in history after buyers walk away. Panic breaks out in markets across the world as massive leverage overwhelms a bank with $639bn in assets. The next day the Fed is forced into an $85bn bailout of American International Group (AIG). The day after that the SEC bans short selling on all financial sector stocks. 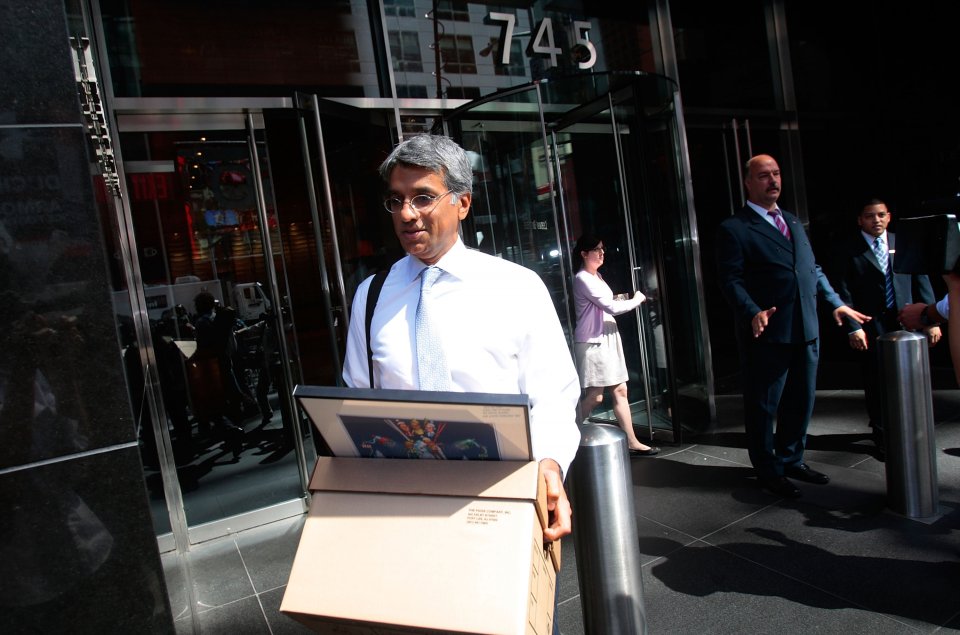 The victims start piling up as liquidity freezes. Halifax Bank of Scotland is bought by Lloyds TSB as shares plunge. In the following days US banks Washington Mutual and Wachovia both go down, and even giants JP Morgan and Goldman Sachs come under threat. On 29 September the FTSE 100 falls 15 per cent; the MSCI World index falls six per cent during the day. Bradford and Bingley is nationalised. At the start of October US Treasury secretary Hank Paulson finally gets Tarp, the $700bn Troubled Asset Relief Program, through Congress, to buy up bad assets.

Days later Iceland’s financial sector collapses, forcing the UK government to step in to shield British depositors. Synchronised rate cuts across major central banks do nothing to halt the slide. The government bails out several banks, including the Royal Bank of Scotland, Lloyds TSB, and HBOS, hammering out deals over a chaotic weekend to avoid the collapse of the banking industry. 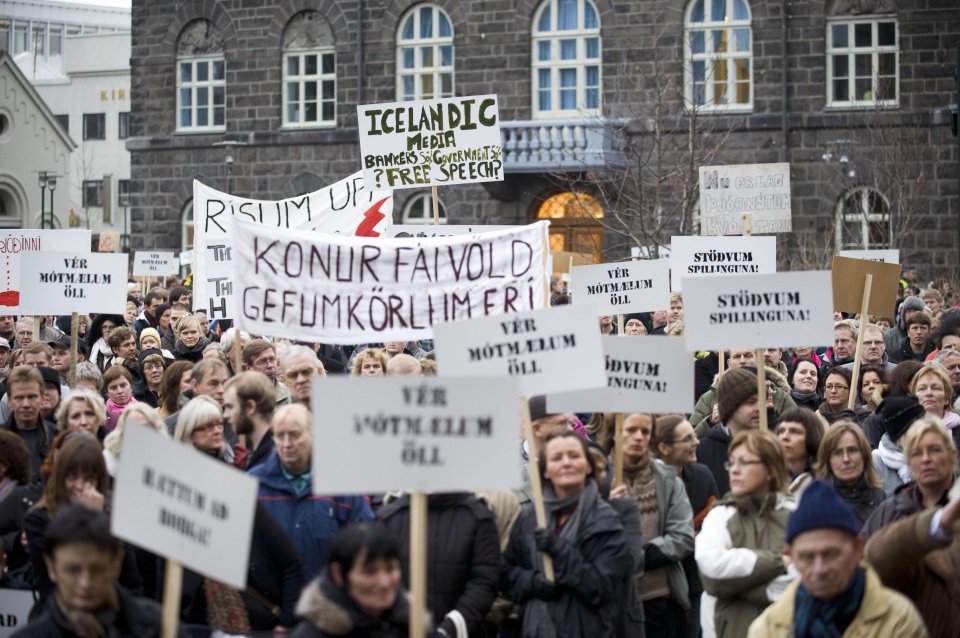 People took to the streets in November 2008 to pressure the government to resign (Source: Getty)

The first round of quantitative easing is announced by the Fed on 25 November 2008 and continued until 2013. It was originally going to be $600bn but ended up totalling trillions, spread between Treasury securities, mortgage-backed securities and agency bonds. The bond purchases were aimed at driving down yields, boosting asset prices to this day. In March 2009 the Bank of England followed suit, and the European Central Bank continues to make purchases today.

Read more: Banker-bashing is alive and well, according to a new poll of public opinion

Ireland becomes one of the first countries to officially enter recession in September, and then in December US government statisticians announce the world’s largest economy is shrinking, just before the Fed cuts interest rates to a zero per cent lower bound, the lowest in history. Britain enters recession after continuous economic expansion for 16 years, with the government forced to take on massive debt to save the financial system. New US President Barack Obama, elected on a message of hope, first has to deal with the crisis, signing a $787bn stimulus package in February 2009.

The Bank of England cuts the bank rate to 0.5 per cent, its lowest level ever (until the post-Brexit vote emergency cut). On 26 March the US Treasury Department outlines a framework for comprehensive regulatory reform, the start of Dodd Frank banking regulations, that focuses on containing systemic risks in the financial system. Dodd Frank is eventually passed into law in July 2010, along with stricter financial regulation around the world.

Standard and Poor’s Ratings Services lowers its outlook on UK sovereign debt from stable to negative because of support to the nation’s banking system. S&P estimates that this cost could double the government’s debt burden to about 100 per cent of GDP by 2013 – a decade later it has stayed just under 90 per cent partly thanks to government austerity measures.

Greece is bailed out by the IMF, signalling the start of the Eurozone debt crisis proper. While the US starts on the road to recovery, the European banking sector continues to face difficulties today, with Greek growth only now starting to accelerate. Ireland and Portugal are subsequently bailed out in 2011, with Greece currently on its third such package.