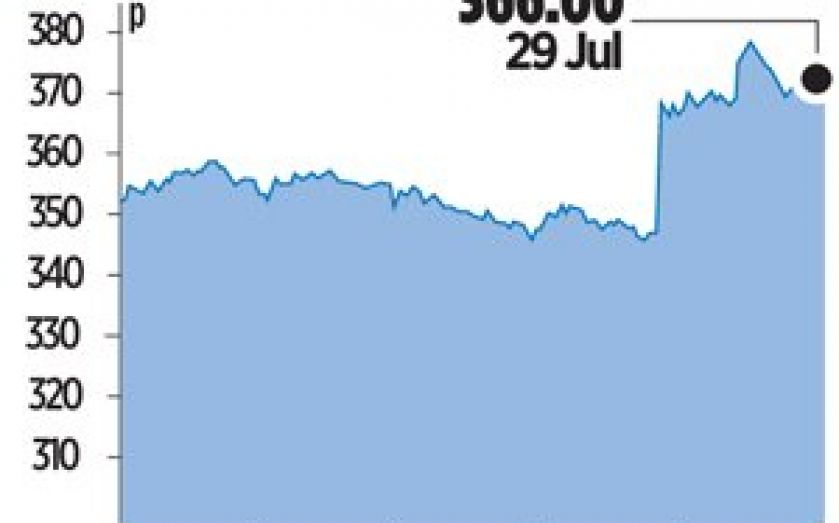 ENGINEERING giant GKN topped the FTSE 100 yesterday, after unveiling a six per cent rise in first-half profit and hiking its interim dividend by eight per cent.

The company, which supplies components for car makers such as Volkswagen and aircraft manufacturers in­clud­ing Airbus, posted pre-tax profit of £296m for the first half of the year and raised its interim dividend to 2.8p per share.

But a strong pound wiped £247m off group sales, causing them to decline one per cent to £3.83bn over the first half.

The company said the adverse currency movement had a £24m impact on profit over the period.

This was partly offset by a strong performance in its driveline business. The division, which supplies car parts and accounts for almost half of group revenues, delivered 11 per cent organic sales growth over the period.

GKN is one of many British engineering and industrial firms struggling with the strong pound, which makes them less competitive abroad.

GKN’s share price has fallen by around 10 per cent over the past six months, with investors wary of the currency headwinds.

“With currencies now appearing to have stabilised, attention can move back to underlying value and pros­pects,” said Numis research.

GKN said its commercial aerospace division saw organic growth of five per cent during the first half of the year, offsetting a two per cent de­cline in the military unit.

“We have continued to outperform our key markets and report good underlying financial results in spite of sterling’s strength and some end- market weakness – we expect these trends to be maintained in the second half,” said chief executive Nigel Stein in a statement. GKN is continuing to make en­cour­­aging progress against its strategy.”