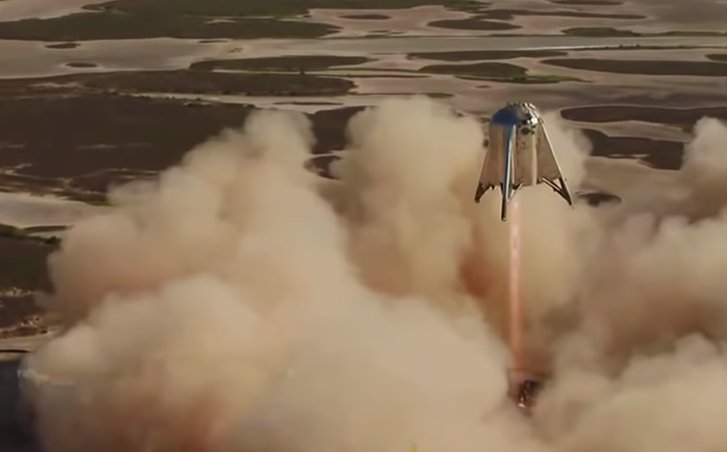 Elon Musk’s Space X took another small step – or giant hop – on the entrepreneur’s mission to colonise Mars yesterday, as a prototype of its next generation Starhopper rocket reached its highest altitude yet on a hover test.

The next generation rocket slowly climbed to 150m above Space X’s test site in Texas before returning to earth, demonstrating its ability to take off and land in a controlled way. The flight has been dubbed the “hop test” by commentators.

The so-called Starhopper rocket had previously only made it 18m off the ground on its first test flight in July. Yesterday, it reached the height of a small skyscraper before using its engine to land gently.

Space X chief Musk reaffirmed his ambition to one day attempt to colonise Mars shortly after the test flight, tweeting that one day a larger version of the Starhopper “will land on the rusty sands” of the red planet.

The Starhopper tests are intended to test the design and hardware that will be used on a future Starship rocket, a giant spaceship that Space X hopes to use to send people to Mars and the Moon.

The Starship will tower around 55m tall, and will one day launch on top of a giant rocket booster called Super Heavy. When it reaches other worlds, it is hoped the ship will land upright in the same manner as the Starhopper craft did yesterday, before taking off from the distant destinations to return to earth.

The Starhopper will now be retired, paving the way for Space X to test its next group of prototypes. Musk is expected to give an update on the Starship’s design and progress now that the prototype flight is over.