Get ahead with a NED? How non-executive directors have evolved 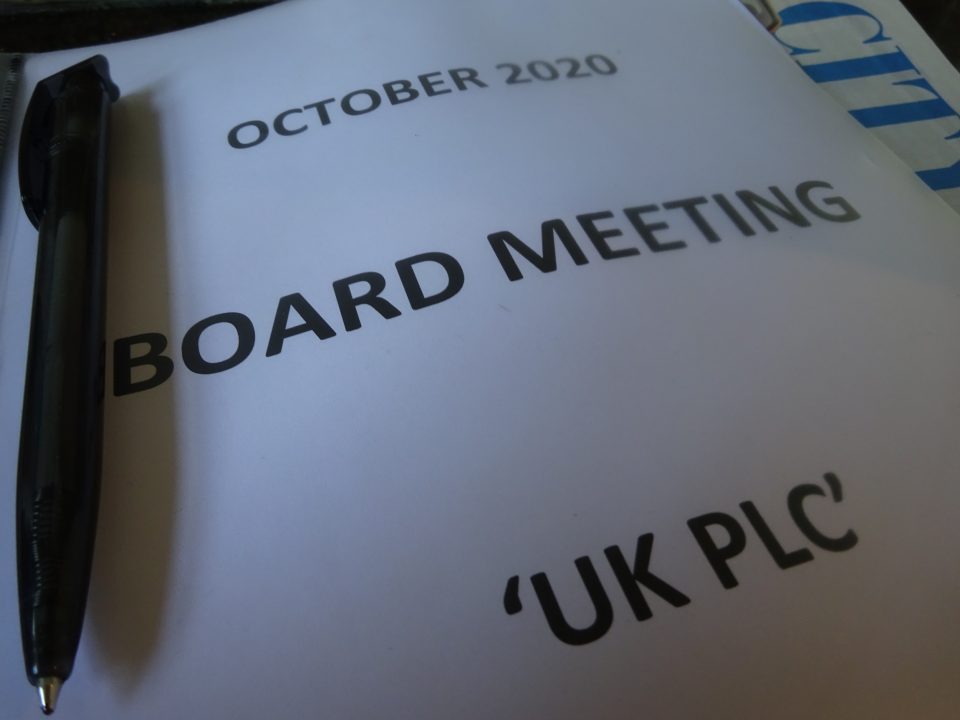 ‘You cannot rely on others to seek you out – you must put in a concerted effort to obtaining a directorship. So network, wear out the shoe leather and be prepared to drink a lot of coffee’: so advises a guide for senior professionals seeking to become a non-executive director (NED).

Spencer Stuart, the executive search and leadership advisory company that published the booklet, also produces an annual ‘board index’ that crunches the governance data of the largest 150 companies in the FTSE rankings. Its most recent edition (2018-2019) reported an upsurge in first-time board appointments as com­panies look to appoint younger directors, correct diversity imbalance and bring in people with specific technology or geographic expertise.

In all, a record 72 per cent of FTSE 150 boards appointed a new non-executive director during the year; and, for the first time, the majority of these new directors were women.

‘A View at the Top: Boardroom Trends in Britain’s Top 100 Companies’, published last year by the Chartered Governance Institute (based on 2017 data), contained longer-term – and equally interesting – data on NEDs. In 1996, FTSE 100 boards (on average) comprised 51% non-executive directors and 49% executive directors. Fast forward more than two decades and the balance had shifted significantly, with NEDs up to 74%. Quite the change.

NEDs’ influence on the rise

NEDs’ increasing importance (among public companies) is largely explained by the recommendations of various corporate governance reviews and the evolution of relevant guidelines, most notably the Financial Reporting Council (FRC’s) corporate governance code, which was most recently updated in 2018.

“The code is updated regularly to promote good practice and respond to public concerns, for example the lack of diversity in companies and high levels of remunerations,” explains Maureen Beresford, the FRC’s head of corporate governance. “NEDs now sit on the committees within public companies that oversee these matters to achieve balanced decision-making in these areas.”

One specific trend to catch Beresford’s eye over the past year or so is that, she says, an increasing number of NEDs are now acting as a direct link between the board and employees. “The FRC will be assessing whether this approach, as opposed to having a worker on a board or using an advisory panel, is an effective way of improving company culture and building trust in business,” she says.

“The consensus is that groupthink is no longer welcome in the boardroom. A diverse debate leads to better decisions and better outcomes,” says Will Dawkins, a partner in Spencer Stuart’s UK board practice.

Over time, Dawkins has observed “growing professionalisation” and increasing requirement for specific skills in the NED position, with companies taking an increasingly longer-term view of their needs. He says that, for example, banks tend to increasingly be looking for NEDs experienced in ‘hot’ strategically important fields such as consumer behaviour and digital business.

The Chartered Governance Institute’s policy and research director Peter Swabey has observed similar trends. “Many years ago, an NED might sometimes be little more than a glittering name on the letterhead, and that perception can still exist, but in the modern business world it is far from the truth,” he says.

“For many companies as much work goes into the selection of a new NED as to an executive director, sometimes more,” Swabey continues. “Significant thought is given to the skills of existing board members, the skills that the company needs them to have, and the skills that the company will need its directors to have in three or five years’ time and then to ensuring that any potential new NED has the relevant palette of skills to fit the gaps that this process has identified.”

Now there’s coronavirus’s impact to consider, too. A report published this month by EY’s UK Centre for Board Matters, based on a survey of NEDs undertaken during late 2019 and early 2020, says that 78% believe the NED role has become more time-consuming in recent years. ‘We expect these pressures to further increase as boards respond to the immediate and longer-term impacts of Covid-19,’ the report concludes.

‘Having an NED can help unlock potential’

Boardroom trends in the biggest quoted companies capture the headlines but NEDs also have an important role in many private companies, too.

Gerry Brown, an experienced board member and author of recently published book ‘The Independent Director in Society’, says there are typically significant differences between NEDs at public companies and those working for typically smaller private companies. “At public companies the role is largely about governance whereas in private companies it’s more about bringing value, through ways such as your connections,” he says.

Institute of Directors senior policy adviser Carum Basra says he has seen particular growth in the prominence of NEDs among larger, private companies in recent years. In these situations, Basra says NEDs usually have a role in challenging the owners but also potentially providing connections. “NEDs can really help a family business,” he says. “Having an NED can help unlock their potential.”

One NED aiming to do just that is Graham Goodkind, who believes the phrase ‘non-executive director’ can suffer from an over-association with corporate governance requirements. Over 20 years Goodkind built and sold a successful PR company, Frank PR, before launching My Dutch Uncle, a company by which he is providing non-executive-type services to a variety of organisations.

“Being a non-executive director, or to use my terminology a ‘Dutch Uncle’, appeals because of the variety of business challenges and how they require me to bring my experience to bear,” Goodkind says. “I think NEDs should bring more panache and less process. Too many entrepreneurs view having a non-exec as a bit of a chore – a person who is there to ask the boring questions. A non-exec should be someone who can really help drive the business forward with fresh thinking and ideas. I think there’s an increasing number of CEOs who value that very frank type of non-exec on their boards.”

The same dataset has the average non-executive retainer at £69,238 and average total NED pay coming in just shy of six figures at £97,837.
With the pandemic causing many people to revaluate their careers, perhaps an increasing number of experienced City workers may be wearing out their shoes and ordering coffee for two.