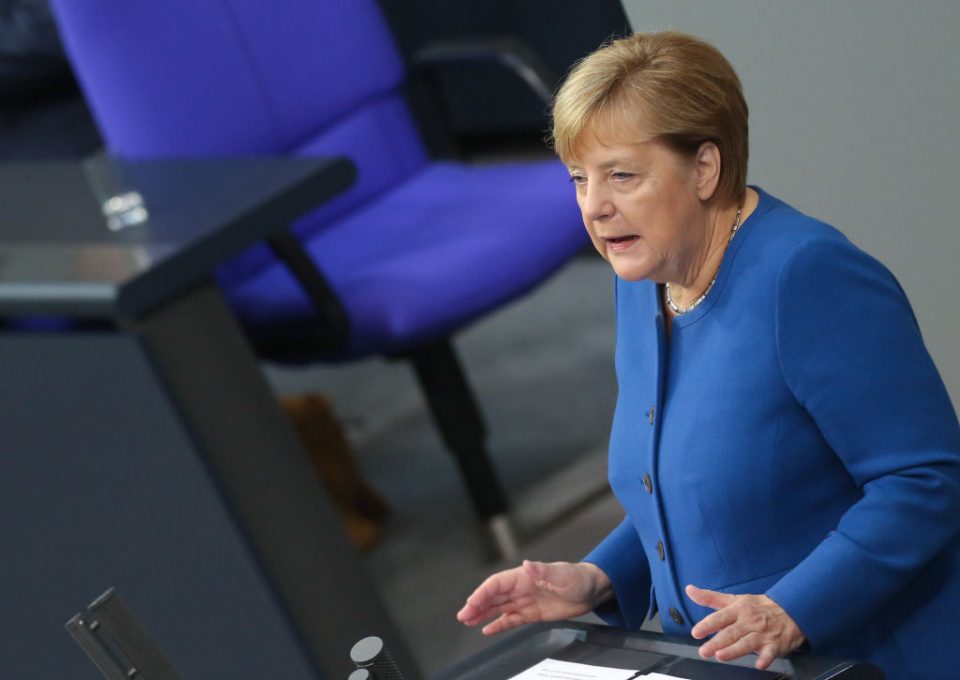 The two left-wing candidates gained 53.06 per cent of the vote in the run-off election, clearly beating the moderate German vice-chancellor Olaf Scholz, and the Brandenburg state parliamentarian Klara Geywitz.

The new leadership duo still needs to be confirmed at the SPD’s party conference at the end of the week.

Kevin Kuhnert, the far-left leader of the SPD youth organisation Jusos and proponent of expropriating large corporations and banning private landlords in Germany, is clearly overjoyed at the result.

As are members of Die Linke, the rebranded successor to East Germany’s communist SED party. The leadership election is just the latest step in the SPD’s left-wing radicalisation. In recent years, the party has increasingly moved to the left. It has got to the point that its positions on most issues are now indistinguishable from those of Die Linke.

Some conservatives and free-market enthusiasts in Germany will rejoice at the SPD’s latest lurch to the left because they believe it will further accelerate the SPD’s decline. But such an outcome is by no means guaranteed.

And if the SPD’s share of the vote really does continue to drop, then the Greens, who have topped some polls in Germany over the last few months, are well placed to pick up any voters who abandon the SPD.

For Germany as a whole, the current situation is nothing short of dramatic and no cause for celebration. After all, the SPD is the party that gave Germany chancellors Helmut Schmidt and Gerhard Schroder, both of whom did much to stabilise the free market economic system in Germany.

In fact, after Ludwig Erhard, Schroder was Germany’s most sincerely market-oriented chancellor. It was Schroder, after all, who breathed life back into the German economy by implementing labour market reforms and lowering taxes.

If the anti-business Greens supplant the SPD, and the SPD follows in the footsteps of Labour under Corbyn and McDonnell, there is no reason whatsoever for gloating — it would be a catastrophe for Germany.

A left-wing government of the SPD, Die Linke and the Greens, would ramp up the hostile economic policies of the Grand Coalition of Christian Democratic Union (CDU) and SPD under Chancellor Angela Merkel.

Anyone who thinks things can’t get any worse than they are now under Angela Merkel should take a closer look at Berlin, which has been transformed into a ‘failed city’ by its SPD, Die Linke and Green party coalition government.

The SPD is now going the way of the Labour party under Jeremy Corbyn and John McDonnell and moving further to the left than ever before. This would appear to be a global movement. In Germany, the SPD’s current membership wouldn’t even consider electing Gerhard Schroder anymore, not even as as a district chairman, let alone as party leader.

The same is true of Tony Blair in Great Britain and Bill Clinton in the United States, neither of whom would stand a chance in the current political climate.

In the United States, Elizabeth Warren, one of the Democratic party’s leading candidates for the presidency, recently unveiled her tax plans. The Wall Street Journal calculated that wealthy taxpayers would end up paying tax rates of over 100 per cent(!). Clearly, radical anti-capitalists are taking control of moderate left-wing parties around the world.

Whether Germany’s governing CDU and SPD coalition continues with the SPD’s new leadership duo remains to be seen.

On the one hand, the SPD knows it would haemorrhage votes in any new elections — which speaks against the party pushing for elections anytime soon.

On the other hand, those opposed to the Grand Coalition within the ranks of the SPD will now look to increase the pressure on the party’s leadership to pull out of the coalition, which could lead to the collapse of the government.

Whatever happens, if the Grand Coalition does muddle through and hold on to power, it is sure to pursue even more left-wing policies than it has in the past, which would in turn accelerate the decline of the CDU.

Dr Rainer Zitelmann is a German historian and sociologist. His latest book, Dare To Be Different And Grow Rich, has recently been published.