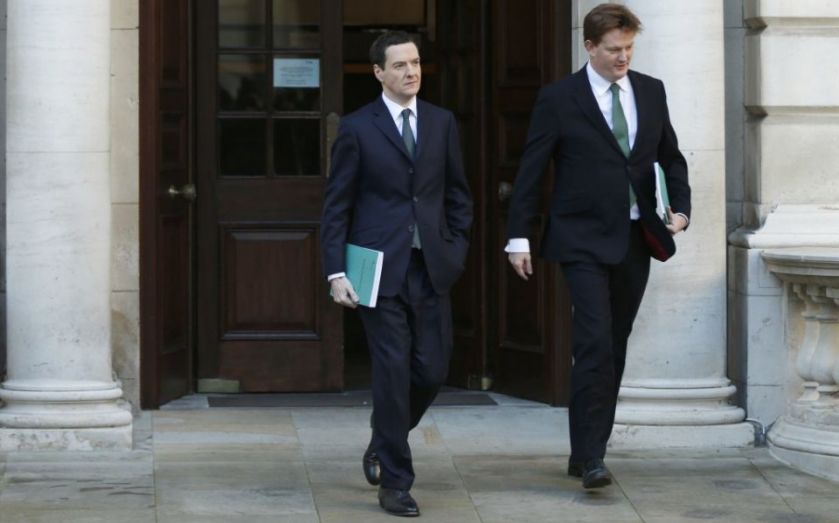 George Osborne's Autumn Statement unveiled a raft of measures in an intensely political statement aimed at luring voters back from Ukip during next year's general election. His centrepiece? A complete overhaul of stamp duty which, he said, will create savings for 98 per cent of home buyers.

To cheers from the Tory back benches, Osborne revealed that the so-called "single-slab" rate will be abolished – representing a tax cut of £800m per year.

The new rates, which will take effect from midnight tonight, are:

However, the spectre of the deficit loomed over Osborne's speech. The government had hoped to eliminate the deficit by the end of this parliament, but it's still running at close to £100bn.

Much of the chancellor's intentions were trailed beforehand, such as the abolition of the fuel duty escalator and increased spending on the NHS. He opened his statement saying the government would not close the deficit by hitting people with new taxes.

He echoed an earlier speech by David Cameron, saying "warning lights" are flashing all over Europe and added that the Office for Budget Responsibility (OBR) had revised down its forecast for global growth. However, UK global growth was revised to three per cent this year, up from 2.7 per cent.

Osborne trumpeted the fact that 85 per cent of jobs created during the government's time in office were full time and that the gender pay gap had fallen to its lowest level in history while inflation remains low.

Debt is also coming down more rapidly than had been expected. The national debt is set to be 80.4 per cent of GDP this year and fall to 72.8 per cent in 2019. However, Osborne conceded that tax receipts have been lower than expected – but so are interest payments.

He said spending will be £10bn less this year than had been planned, but £2bn of this will be siphoned off to the NHS. Public sector pension reform will continue saving £1.3bn and welfare spending as a whole has fallen by £1bn more than forecast.

Shares in the UK's "big four" banks fell as Osborne announced measures to raise £4bn by limiting their ability to offset losses racked up during the financial crisis against profits to 50 per cent. He also delayed reliefs on bad debts.

Cracking down on tax avoidance

On the tax avoidance front, the chancellor hit out at big tech companies and reiterated his belief in low taxes – but added that "taxes that must be paid". Osborne will introduce the so-called "Google tax", a 25 per cent tax on profits that are moved out of the UK. He claimed this will raise £1bn over five years.

Charges on non-doms will be hiked for those who have lived in the UK for over 12 years. In a classic bit of special interest pandering, Osborne said tax breaks on theatres have been extended to orchestras and a children's animation credit will be introduced.

Air passenger duty for children under 16 will be scrapped by 2016. The measure will save families significant amounts of money especially for long-haul flights. As expected, Osborne decided freeze fuel duty yet again.

Turning to students, the chancellor said too often poor students were put off doing postgraduate degrees because of the cost. In response the government will introduce government backed student loans for post graduate students worth £10,000.

As part of the pension reforms the government has already announced, Osborne confirmed the 55 per cent tax charge on inherited pensions will be abolished. Furthermore, ISAs will be allowed to be passed on tax free when the people die.

Politicians from Northern Ireland will be pleased with the announcement that corporation tax will be devolved after reassurances have been given to the Treasury. The Welsh Assembly will also be given control of business rates. He added that the measures make the case for "English votes for English laws unanswerable".