Whoever wins this election, our politics will remain in flux 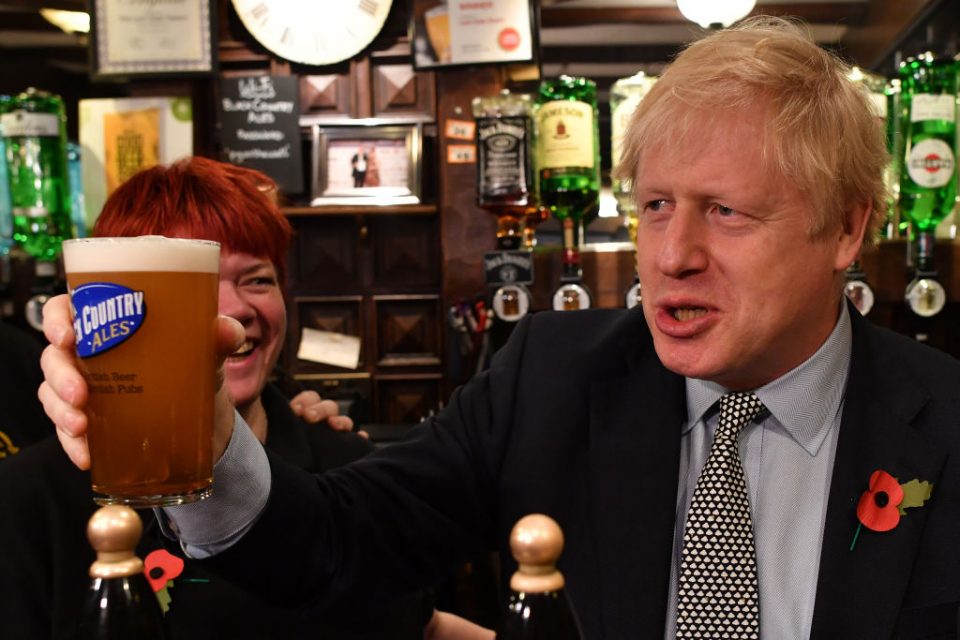 Nothing except an election lost can be half so melancholy as an election won. That’s what the Duke of Wellington might have said after he swapped the battlefield for politics. Come Friday morning, each of the major parties will be reckoning with the result — and may find pain in victory as well as defeat.

It looks like the most likely outcome will be a Conservative majority government. If this does not happen, the UK will face more horse-trading and tense votes depending on what coalition emerges — we might even do the whole thing again in a few more months. If it does, the parties will each face their own challenges.

For the Liberal Democrats, their attempt to be the party of continuity remain would have ended in failure. So too will the highly personal campaign of Jo Swinson. It is difficult to see where they might go from here.

A Johnson majority will seek to “Get Brexit Done” forthwith. Those hoping to frustrate that process — whether by referendum or revocation — will have run out of road.

Rejoining the EU would be a hard thing to sell to the electorate. Once we have left the club, we could only go back on worse terms than we had before. And few voters will relish an extension of the European debate.

Beyond Brexit, however, it is hard to imagine what the Lib Dems might stand for. Few of their policies really landed with the public. While promises on childcare and higher education may be sensible enough, they are hardly a platform for fighting a way back to winning influence.

The Labour Party will face a bigger conflict — perhaps a battle for its soul. It is hard to imagine Corbyn surviving a second election defeat, especially if seats in Labour’s heartlands turn blue. The leadership election that follows could be brutal.

Labour moderates will see this as their chance to save the party from the hard left, but they will struggle. Corbyn’s supporters have ensured that the new intake of MPs will skew leftwards, and the membership remains supportive of him. Expect to see the blame for defeat levelled at those who failed to back the boss, rather than his own weaknesses.

The leadership battle will face the usual clash of egos, and the left and right fringes of the party could turn in on themselves. Whoever wins may regret it. As well as trying to unite the party, they’ll have to tackle the antisemitism crisis and find a way to win back Labour Leavers and centrists who fled to the Lib Dems.

Conceivably, a broad-based Labour coalition could triumph in the next election — or the party could spiral into further infighting.

Should he win a majority, Johnson would be spared the knifing that awaits a defeated leader, but that doesn’t mean his troubles will be over. With his pledge to “Get Brexit Done”, he knows that any delay will be politically fatal — but also that he would own any negative effects of a disorderly exit. Equally, with promises to expand public spending without raising personal taxes, he has set himself a tight economic agenda.

And by winning the “Brexit election”, Johnson will be leading a Conservative government unlike any before. His route to victory anticipates falling back in traditional seats and surging into Labour heartlands. The Tories seem prepared to abandon bankers if it can win the votes of builders. It will put the Prime Minister in an interesting position.

If the party wishes to keep the votes of former mining towns, it will have to redefine itself. While a traditional Tory toughness on law and order may play well here, Thatcherite shrinking of the state will not. Fiscal probity may come second to popular giveaways, including flirtations with state aid for failing industries.

Successfully combining the party’s heartlands with post-industrial towns would mean lasting electoral dominance for the Tories — but equally, being squeezed from both sides could see them fall back to a 1997-style defeat next time around.

This election may have been predicated on breaking the Brexit deadlock — but politics never ends.

Whatever the outcome of Thursday’s poll, both government and opposition will have to contend with a new political landscape. Both the Lib Dems and Labour will face an internal reckoning, while the Tories may not find the green benches as comfortable as they might hope.

When the dust clears from this campaign, our politics will remain in flux. Rather than the resolution of 2016, this could be another shockwave in an ongoing realignment.

Each party will face the challenge of juggling their existing voters with new seams of support. Getting it right could mean the difference between future triumph and oblivion.