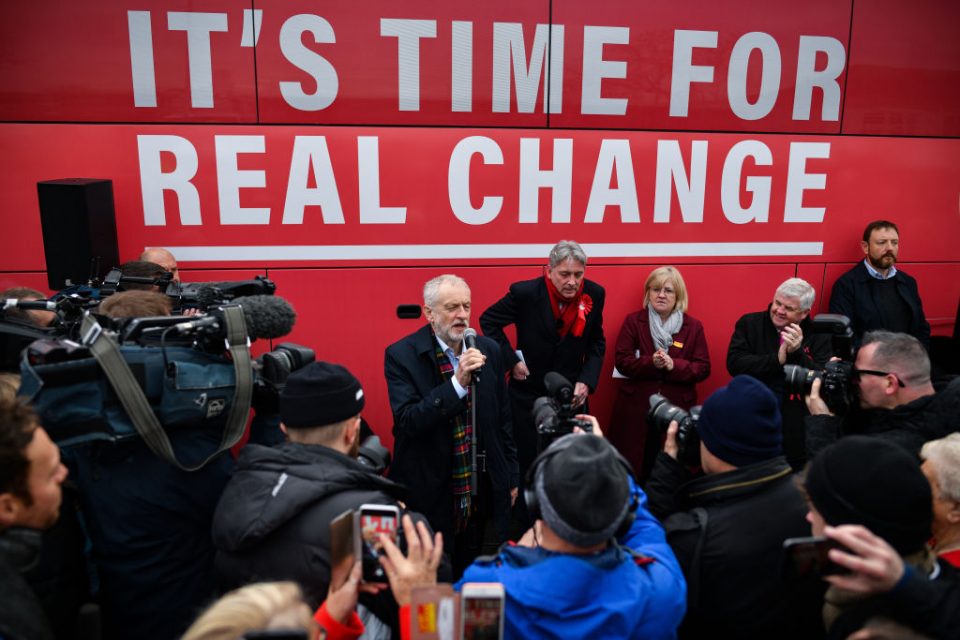 Jeremy Corbyn has said it “would have been the right thing” to arrest Isis leader Abu Bakr al-Baghdadi rather than kill him.

The Labour leader, who is currently campaigning in Scotland, told reporters that al-Baghdadi “being removed from the scene is a very good thing”.

But he questioned whether it was necessary to kill the terrorist leader.

“If it would have been possible to arrest him – I don’t know the details of the circumstances at the time, I’ve only seen various statements put out by the US about it – surely that would have been the right thing to do,” Corbyn told LBC.

“If we want to live in a world of peace and justice, we should practice it as well.”

Bemoaning the impact of wars, human rights abuses and climate change on global “insecurity”, Corbyn added: “I want to lead a government that’s serious about human rights abuses around the world, that won’t be selling arms to Saudi Arabia and will support the continuation of the Iran nuclear deal.”

Al-Baghdadi, the leader of Isis, was killed last month after he detonated a suicide vest during a raid conducted by US military.

During his visit to Glasgow today, the Labour leader was heckled by a Church of Scotland minister who called him a “terrorist sympathiser”, and asked why he wasn’t wearing an “Islamic jihad scarf”.

Revd Richard Cameron also asked “who’s going to be the first terrorist invited to the House of Commons when you’re Prime Minister”.

A Church of Scotland spokesperson said the organisation “has a long history of engaging with politicians through a number of channels.

“While we may occasionally robustly challenge policy issues with which we disagree, we always intend to do that in a way that is polite and measured, and allows for reasoned debate.”