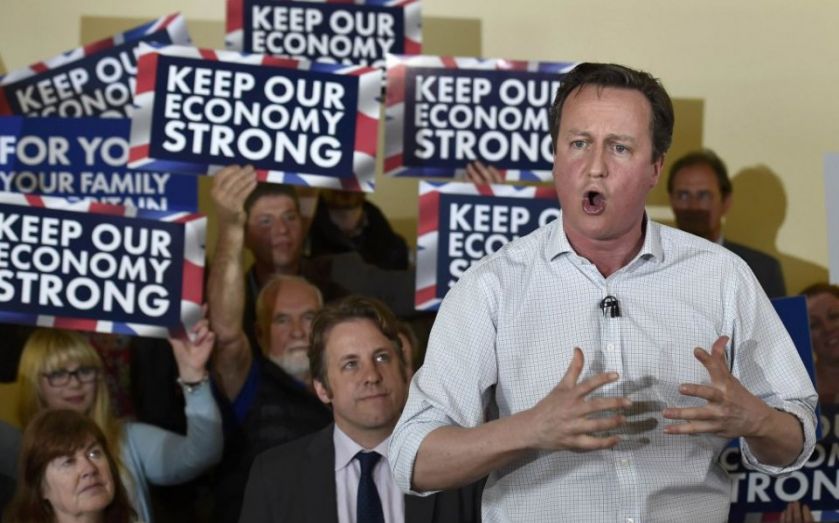 Are the Conservatives caught in a PR tailspin of their own making?
The Tories may have got the backing of several thousand small businesses, but it seems that this support was not quite as spontaneous as it may appear.
Labour supporters are highlighting how the letter was sent from a CCHQ address, and that the call for small businesses to support the Tories in fact started life as an online petition.
It was apparently written – or at the very least endorsed – by Tory peer and The Apprentice co-host Karren Brady. As well as appearing as a petition on the Conservative website, it was sent out as an email to people who had signed up to receive the party's General Election campaign updates.
.

This has been pointed out by many people on Twitter, who argue it undermines the claim that the Tories have spontaneous support from the small business community.
https://twitter.com/andyjameshicks/status/592463758666145792
https://twitter.com/BardOfNorfolk/status/592616459123175424
Already at least one company has requested their name be taken off the list, claiming they had not signed the letter.

.@Telegraph Our Sales Director did not sign the letter in support of the Conservative Party. Please remove signatory 413 immediately.

Some of the business leaders who signed the letter supporting the Conservative party in this morning's Telegraph. pic.twitter.com/EB8BQP2slK

At this rate, I better check if I signed THAT FECKIN LETTER as Chairman of the @guardian.