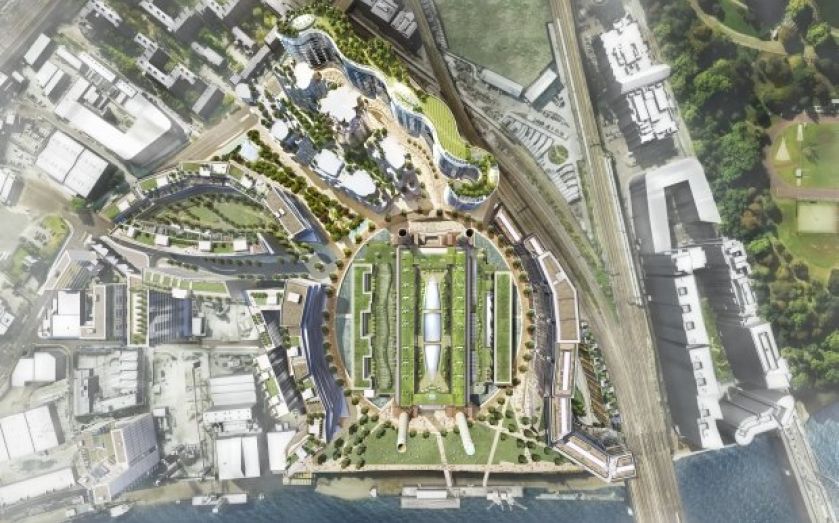 Architects Frank Gehry and Norman Foster unveiled their designs yesterday for the next phase of development at Battersea Power Station that will include 1,300 homes on either side of new high street forming the gateway to the landmark building.

It will be the first building in London for the Canadian-American Gehry, whose best known works include the Guggenheim Museum in Bilbao and the Walt Disney Concert Hall in Los Angeles.

His part of the scheme comprises of five buildings known as Prospect Place and anchored by a metal-clad building at the centre in the shape of a flower.

Speaking at Battersea Power Station today, the 85 year-old said the Flower, will house some “spectacular” apartments and will be given a “slight tint of colour” using a metal such as titanium.

“For other residents in the other buildings it will give a sculptural identity to the centre, which adds to the variety of experience in the buildings in the project,” Gehry said.

Prospect Place will sit to the east of the high street called Electric Boulevard.  Meanwhile Foster, the architect behind the Great Court within the British Museum and the Gherkin in the City, has designed a single wave-like building that stretches along the length of street called The Skyline.

Grant Brooker, senior partner at Foster and Partners, said the Skyline and the high street will form an arc 250 metres long and of similar scale to the crescent at the bottom of Regent Street, connecting the new Northern Line extension with the entrance to Power Station itself.

The Skyline will house around 650 homes, including the 103 affordable housing units at the southern end, a medical centre, and a 160 room hotel.  It will also have a 250 metre-long garden on the top of the building, making it one of London’s biggest roof gardens.

Rob Tincknell, chief executive of Battersea Power Station Development Company, said: “Phase Three is an important part of our plans for the Power Station site, creating a new thoroughfare which will be at the heart of the new vibrant community. We are determined to create a genuine sense of place, and developing landmark buildings in which people are proud to make their home and work in is vital to us achieving that aim.”

Gehry said: “Our goal from the start has been to create a neighbourhood that connects into the historic fabric of the city of London, but one that has its own identity and integrity. We have tried to create humanistic environments that feel good to live in and visit.”

Work on the first phase of homes known as Circus West got underway last summer while the restoration of Battersea Power Station itself kick-off in October. Flat inside the iconic building will go on sale in May. 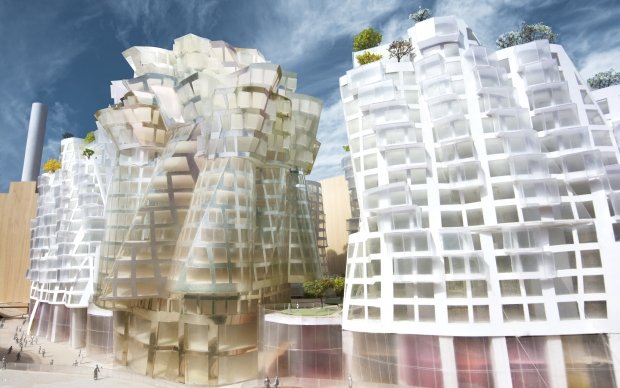 Prospect Place and The Flower