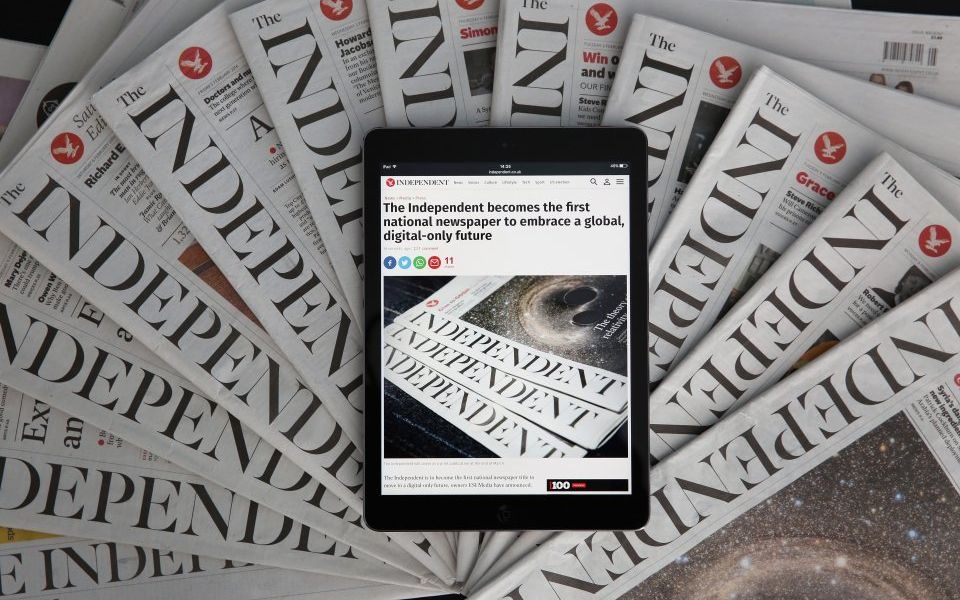 Sarah Cartwright’s news kiosk is as much a fixture in Sloane Square as the high-end boutiques that have surrounded it since her grandfather began selling newspapers from a wooden box there in 1892. But the kiosk may do well to survive another decade, let alone a century. “Print is dead,” she says.

The Cairncross Review on the future of news last month delivered nine recommendations to support sustainable, high-quality journalism. The review highlighted the failure of online advertising to make up for the decline in print sales and advertising revenue. The collapse into administration last November of Johnston Press, owner of national newspaper The i and a host of regional and local titles, underlined the financial pressure facing many news providers.

One of the review’s simplest recommendations was to encourage payments for online news by removing VAT from digital news subscriptions, bringing their treatment into line with printed newspapers or books. The move would cost the Treasury an estimated £210m in its first year, approximately 0.03 per cent of total tax receipts according to Frontier Economics. Would removing the 20 per cent sales tax on digital news subscriptions help publishers find workable business models?

Levelling the playing field
“It clearly makes sense to align VAT on digital publishing with the zero-rate for print,” says Sam Tomlinson, a media partner at consulting firm PwC. There have been calls to do this in the past.

“The big difference this time is that the government has the power to do it,” says Stephen Lotinga, chief executive of the Publishers Association. At the end of 2018, the EU lifted restrictions which prevented member states from exempting digital publications from VAT.

The cost of extending VAT relief to digital publications is “hardly an eyewatering amount of money”, says Lotinga, who represents ebook and digital publishers, who also stand to gain from the Cairncross proposal.

Decline of print sales
News has been shifting online in recent years. Newspaper circulation in the UK halved between 2001 and 2018, according to the Reuters Institute for the Study of Journalism (RISJ). The Independent no longer produces a print edition at all.

“Print newspapers are, overwhelmingly, consumed by older people”, says Neil Thurman, a media professor in Munich. “Those people will die and young people are unlikely to start to read print newspapers later in life…It just doesn’t work that way.”

Free newspapers, many of which attract a younger readership, are a notable exception.

The difficulty for many news organisations is finding sustainable online business models to replace lost print sales and advertising revenues. Average revenue per digital reader is less than 10 per cent of that for a print reader, RISJ research shows. Competing with free online news makes it difficult for traditional news brands to charge users for their online content.

Paywalls stand to gain
The providers that can most readily monetise their online readership are those with a premium product. “There will always be a market for intelligent, informed analysis,” says Tomlinson.

Brands that already charge for their digital editions would benefit immediately from the extension of the VAT exemption, says Tomlinson. These include The Times, The Telegraph and The Financial Times, which all place their content behind paywalls.

A reduction in VAT would allow these providers either to hold prices constant, increasing their profit margins, or to pass on the reduction to customers in the hope of attracting more readers at a lower price.

Shifting towards online subscription models can help news providers not only to raise income from readers but to boost advertising revenue too. By requiring readers to register or subscribe, providers learn more about their readers’ demographics and interests, enabling them to charge more for advertising, says Tomlinson.

Likely losers
But a VAT reduction is unlikely to help Britain’s tabloid press, whose online content is free and therefore attracts no VAT at the moment. It is difficult to convince digital readers to pay for tabloid gossip and human interest given the abundance of similar content freely available online. “If you look at the Sun or the Express or the Mirror, how distinct are they in what they’re offering?” asks Thurman.

Local news providers may also experience little benefit. Irrespective of tax breaks, it will be difficult to convince enough people to pay for local news to replace classified advertising, a mainstay of traditional local newspapers. Because of the differences between local and national markets, local news might require active government intervention, says Tomlinson.

There may yet be a future for print journalism. Several successful free newspapers have weathered the online competition and there also appears to be a core readership that is willing to pay for newspapers. Cartwright still sells more than 300 most days. But she is in no doubt as to the impact of digital news. Pointing to a group of seven twenty-somethings opposite her kiosk, she says: “Look behind you, everyone is on their phones.”