FTSE 100 tumbles as trade war heats up and Brexit approaches 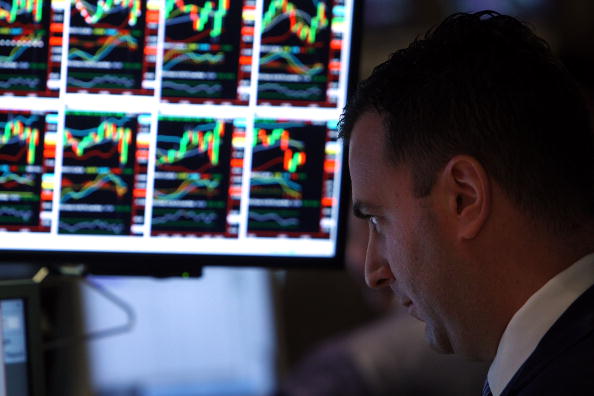 Britain’s FTSE 100 stock index has tumbled 1.9 per cent as an escalation of trade tensions and the growing likelihood of a no-deal Brexit cause investors to sell UK shares and buy safer assets.

The sell-off of British equities sent investors towards so-called safe haven assets such as 10-year dated UK government debt. Yields, which move inversely to prices, had fallen 0.04 percentage points to a record low of 0.51 per cent shortly before midday.

The FTSE’s fall was mirrored around the world as European stock markets followed their Asian counterparts downwards.

“The main driver of today’s selloff in risk assets is China’s decision to stop defending the renminbi against the US dollar,” said Nick Wall, a fund manager at Merian Global Investors.

“Holding this steady was seen as key if there was any chance of trade talks succeeding, but after President Trump decided to add tariffs to the remaining $300bn of imports, China has decided to let it go.”

Investors’ moods darkened on Thursday when US President Donald Trump slapped 10 per cent tariffs on $300bn of Chinese goods in a dramatic escalation of the trade war between the two sides.

It means that almost all US imports from China are levied after Trump applied a 25 per cent tariff to $200bn of goods in May. China has vowed retaliation.

Investors in Britain have grown increasingly nervous that the country is heading towards a no-deal exit from the European Union on 31 October, which most think would be economically damaging.

“Politics in the UK is likely to remain messy as we approach the October Brexit deadline,” said analysts at JP Morgan in a note. “This is likely to be a challenging time for stocks with exposure to the UK economy.”

Speculation about a snap general election has also unnerved investors. “If we do have early elections and if Labour wins, this would again be an unfavourable outcome for UK domestic sectors.”

“On the other hand, Boris Johnson’s re-election would be seen as confirmation of a no-deal exit mandate,” said the JP Morgan analysts.