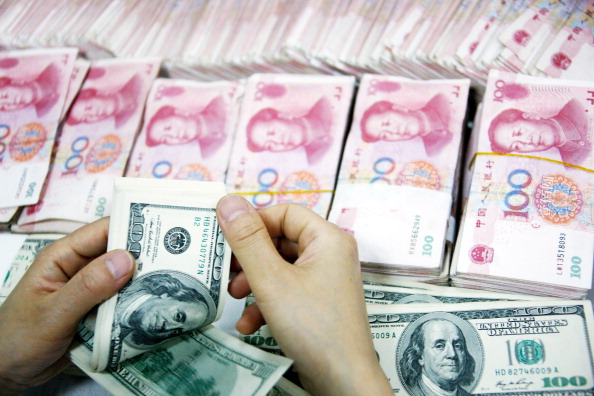 China’s currency the renminbi has fallen to its lowest level against the dollar since the financial crisis, crashing through the seven-per-dollar threshold after an escalation in the US-China trade war.

The drop prompted investors to sell so-called risk assets such as shares in Asian markets and buy up assets considered safe havens.

The Shanghai composite index stock market closed down 1.6 per cent, while the Korean Kospi exchange had fallen 2.6 per cent by 8.30am.

Investors’ mood has darkened after US President Donald Trump slapped 10 per cent tariffs on $300bn of Chinese imports, dramatically escalating the long-running trade war with the world’s second-largest economy.

The new tariffs mean almost all Chinese imports to the US are levied, after the Trump administration put 25 per cent tariffs on $200bn of Chinese goods in May. China has promised retaliation.

So-called safe havens, assets that are less likely to lose money during economic turmoil, have risen.

The Japenese yen was 0.6 per cent higher by 8.30am, while yields on US 10-year government bonds had fallen 0.07 percentage points to 1.77 per cent. Yields move inversely to prices.

“This is the first time since May 2008 that the Chinese currency trades above the key psychological level of seven,” said Hussein Sayed, chief market strategist at foreign exchange broker FXTM.

“The People’s Bank of China has spent hundreds of billions of dollars over the past couple of years to prevent their currency from breaching this key level, but now that doesn’t seem to be the case.”

“In fact, the currency tool may be very effective as it significantly offsets the impact of US tariffs. If the Chinese currency falls by another eight per cent from the current level, the 10 per cent tariffs paid by US importers will be offset by the renminbi’s weakness.”