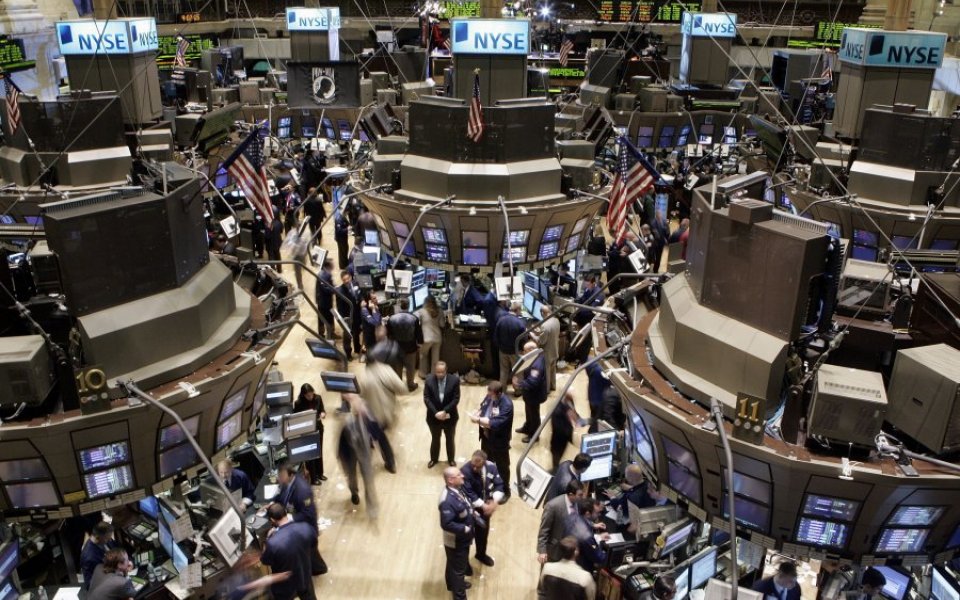 Economists at Goldman Sachs have just released what they believe will be the 10 biggest economic themes of 2016. Here they are:

The Goldman economists believe global growth is bottoming out this year at 3.2 per cent and expect it to accelerate to 3.6 per cent next year.

A large part of it will come from countries currently in recession, namely Brazil and Russia. Small improvements will also come from Europe and Japan, which we forecast to grow at 1.7 per cent and one per cent (from 1.5 per cent and 0.6 per cent previously), while the US will decelerate slightly (to 2.2 per cent from 2.4 per cent) and China will see a somewhat larger deceleration (to 6.4 per cent from seven per cent).

Stable growth in 2016 should should also help dispel concerns that the US and other developed economies are stuck in a period of 'secular stagnation', as has been suggested by form US treasury secretary Larry Summers.

2. US inflation: Less downside risk than is priced

With the amount of spare capacity in the US economy running out and last years drop in oil prices fading out of the annual comparison of prices, it is likely that markets will see a higher chance of inflation overshooting than currently. Likewise, they will see the risk of inflation undershooting as becoming less likely. This is also the case for other countries:

Our forecasts anticipate headline CPI inflation in 2016 will reach 1.8 per cent in the US, 1.1 per cent in the Euro area, and 0.3 per cent in Japan. In 2017, we expect these rates to increase to 2.4 per cent, 1.6 per cent, and 1.5 per cent, respectively. In most DM economies, especially the Euro area and Japan, this will still mean core inflation below the central bank's target, but the gap would be significantly smaller than now. And deflation fears would most likely fade into memory.

All developed economies are expected to grow next year. However, Goldman economists see central banks taking very different paths. They said a Federal Reserve rate hike in December was "almost certain" while the Eurozone and Japan are likely discussing whether to expand theirs.

The ongoing US recovery and diminishing slack in the labour market will drive a Fed tightening cycle – almost certainly starting in December – that will ultimately prove to be more hawkish than the market expects in light of our forecasts for a faster pick-up in inflation. We think the US Dollar will be the main beneficiary of this tightening cycle. While one of the lessons of 2015 is that the Fed will likely be cautious about giving a green light to large and rapid USD appreciation, the resilience of the US economy in the face of the substantial Dollar appreciation since mid-2014 gives us confidence that the Fed will ultimately tolerate further Dollar strength as it tightens policy through 2016.

Any effort by major oil producers to start withholding supply again is likely to be neutralised by increased supply from North American Shale producers, limiting any upward pressure on prices. There is also a chance – though it's unlikely – that oil inventories will hit full capacity toward the end of 2016, leading to a fall in prices.

On current trends, our team does not expect the limits of storage capacity to be reached. But there is always the risk that demand will unexpectedly fall short (or that supply will surprise), at which point the only way to clear the excess supply in the physical market for oil is with sharp price declines Given the high exposure to the energy sector in global credit markets (most notably in EM and US high-yield), this downside risk to oil is among our top downside risks to credit and risky assets more generally.

The 'lower for longer' theme for commodity prices is expected to continue next year, but with a demand tilt. China’s efforts to rebalance its economy from investment to consumption should reduce demand for capital expenditure commodities (such as steel, cement, and iron ore) much more than it reduces demand for operating expenditure commodities (such as energy and aluminium).

Companies that produce CapEx commodites, which use mining technologies with a high fixed cost and low marginal cost, are unlikely to cut supply as rapidly as in OpEx:

The decision to shut down a mining facility (taking supply off the market) can entail substantial shutdown costs, and these costs can imply a willingness to continue operating even when prices fall below variable operating costs. Though logical, the operating decisions implied by this cost structure imply that a higher level of value destruction is required to remove production capacity from the market.

After oil prices nearly tripled in the years after 2005, investors become focused on recycling saved petrodollars – US dollars earned through the export of oil – through the global financial system. The resulting search for yield that these flows fuelled would then would later be blamed by many for the ensuing credit market excesses. This savings glut is now set to reverse given the current subdued price of oil, and this will be bearish for interest rates while reallocating global income from savers to consumers.

7. US equity upside: Limited by the 'Yellen Call'

Goldman's economists see limited upside to equities in 2016. The investment bank's US portfolio strategy team has a price target 2,100 for the S&P 500 – it has hovering just above 2,000 at the moment. Their estimates suggest a "very modest return of five per cent." Positive growth surprises are likely to be reacted to more agressively by the US Federal Reserve in 2016.

We also see a risk that the ‘Bernanke put’ will gradually be replaced by the ‘Yellen call’. The ‘Bernanke put’ captured the intuition that when the risks to growth, inflation and market sentiment are skewed to the downside and the Fed has an easing bias, monetary policy reacts aggressively to bad news. Now that these risks have receded, we expect the Fed will shift to an easing bias, implying that monetary policy will likely begin to react more aggressively to good news.

They did say that stocks in the Eurozone and Japan would be good investments:

In contrast to the US, Europe and Japan are both further from the full-employment level of GDP. Indeed, the ECB and BoJ still have an aggressive bias, and our Economics teams in Europe and Japan expect more easing in 2016 rather than less. In other words, the Draghi and Kuroda ‘puts’ are still active, which in our view implies more technical support for risky assets in these markets than in the US.

There are big concerns over debt growth in emerging markets:

While it is normal for debt-to-GDP ratios to rise as financial markets deepen, this post-crisis acceleration of credit growth rightly raises concerns about the burden of this debt on growth. Now that it has become clear that commodity prices will remain ‘lower for longer’, and furthermore that China’s economy will continue to slow due to structural reforms, these concerns have taken on added urgency.

"One of the more perplexing market developments of the post-crisis era has been the palpable loss of liquidity in fixed income markets, especially in less liquid asset classes like corporate credit," the economists said.

Fixed income assets includes mainly different types of bonds issued by companies and governments. When an asset becomes less liquid, it just means it is more difficult to exchange for cash.

There are a phew reasons why they think this has happened and will persist next year. One is more regulations which increase the cost of transactions. However another is the more trading is being intermediated through agencies, which is a longer prices while credit default swaps – which are essentially insurance against a firm going bust – are less liquid which is making hedging trades against losses more costly.

It is difficult to see how these market conditions can improve much in 2016. The trends in post-trade visibility and CDS volumes noted above are unlikely to improve, nor is the regulatory treatment of trading books likely to improve. On the contrary, recent evidence suggests that the burdens of balance sheet restrictions imposed by the new regulatory environment continue to mount. Nor do we see any reason to think regulatory remedies are imminent. We therefore do not have much reason to expect market liquidity conditions will improve in 2016.

10. Corporate earnings: Only a temporary loss of mojo

"The US corporate sector has been on an interesting ride over the pre- and post-crisis era. After rising to all-time highs as a percentage of GDP in the pre-crisis period, corporate earnings plunged during the recession of 2008-2009, only to roar back in the early recovery years 2010-2011. Since then, however, real corporate revenue growth has been unsteady, as has earnings growth," they said.

Yet the outlook for next year is a positive one. They see a big lift to revenue and earnings next year coming from US and global GDP growth.