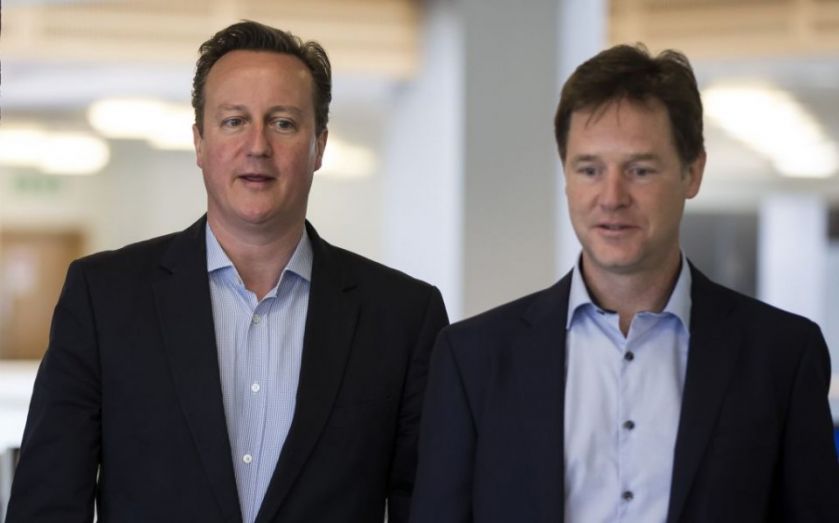 In the run up to every General Election, the business community voices its concerns over what a Labour government would mean for UK plc. There is the regular letter to The Telegraph, signed by 100 business leaders, in a show of support for the Conservatives. There is much worry, and some hysteria too.

Many readers will have concerns over whether, and how, businesses and markets can flourish under a Labour government. Some of these views were shared in our Election Showdown feature. One investment manager described fears of “draconian measures”, a swing to the left, and Labour hoisting any number of new taxes on private companies.
He is not alone in these views, and history plays its part in this perception. But a look at the last two years suggests that it is unfair to state that the Labour party is the only risk to free markets in the UK.
During the last Parliament the coalition intervened repeatedly with policies which both helped and hindered UK plc, and the impact was regularly seen on the stock market. Both the Opposition and regulators have contributed to this, and shares in sectors as varied as insurance, gambling, tobacco and energy rose or fell with each new announcement.
A snapshot of George Osborne’s interventions includes the triple whammy of taxes levied on the gambling sector in last year’s Budget, including a surprise tax on fixed-odds gaming machines, an extension of the horserace betting levy, and a charge on online activity. Shares in William Hill and Ladbrokes were hit as a result.
Life insurers including Aviva and Legal & General nosedived when Osborne ended the requirement for retirees to buy an annuity. Tobacco companies are battling restrictions on marketing (for example, the introduction of plain packaging), while more recently, the chancellor made the largest increase to the banking levy since it was introduced in 2011, when he raised the tax up to 0.2 per cent of each bank’s liabilities.
On the positive side, shares in house builders and infrastructure companies have been boosted with Help to Buy and the HS2 proposals, and airline stocks rose after air passenger duty was lowered on long-haul flights.
If this sounds like a lot of intervention – it is still not an exhaustive list. Regulators, too, are becoming tougher, and some heavy measures are currently out for consultation. The FCA is undertaking a back-book review of life insurance businesses, while banks are awaiting news on both the TLAC rules which would double their capital requirements, and the Competition and Markets Authority’s ongoing review into competition in banking.
For its part, Labour has mooted nationalization of rail and bus services, proposed a cap on energy prices, and said it would break up high street banks.
The sum total of this is that an unprecedented wave of intervention in UK businesses is now upon us. When I hear someone say they are worried the country will take a great shift to the left with a Labour government intervening at every opportunity – I think, hang on, we are already halfway there.
Perhaps the real truth is that markets have become too used to laissez-faire governance since 1979, and are now set for a rude awakening. Future governments of any stripes will be keen to show they are both tough on banks, and are addressing the perceived cost of living crisis.
Many investment managers I have spoken to over the last two years have voiced this view. Some worry businesses are deferring investment because of potential intervention, and others have quietly shifted their exposure out of politically sensitive areas of the market – although it seems as though few sectors will survive unscathed.
Get ready for the new normal. It’s nothing to do with economics – and everything to do with market intervention.