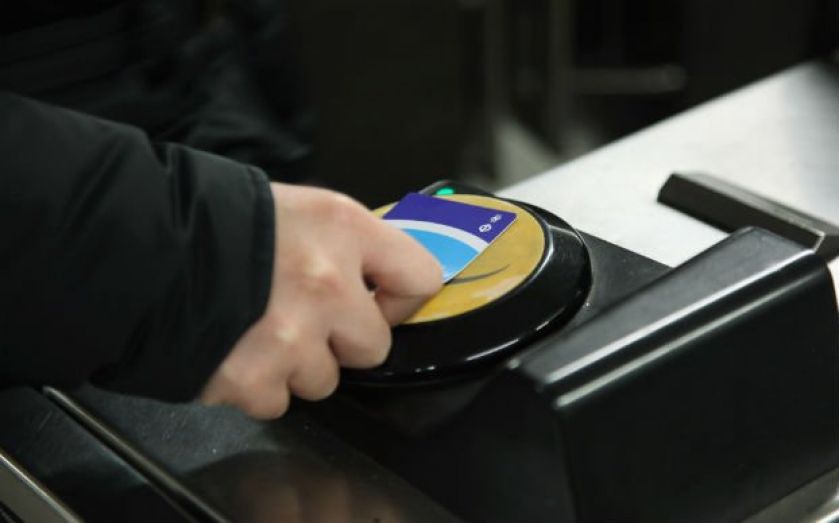 The number of journeys made on London transport using contactless payment has hit 12 million since it was first introduced on the capital’s network of tubes, trains and buses..

The new figures come as Londoners are being offered free travel by MasterCard across the capital to encourage even more people to use the technology.

Contactless payments now make up eight per cent of all Pay as You Go Journeys since being rolled out across the city’s transport network two months ago.

Tube and rail had 5.5 million journeys made by contactless, while buses and trams had 6.5m since 16 September.

164,000 journeys were made by swiping Oyster cards, contactless cards, or phones on a single day- the most successful day ever for contactless in the capital. Oxford Circus, Kings Cross and London Bridge are the most popular stations for using the technology.

Craig Jones of the UK Cards Association said the figures showed how the technology had be “warmly received” by Londoners.

“Analysis from our members shows that the launch of contactless payments on TfL services has inspired many consumers to use their cards for the first time. We hope that once new users experience the speed, ease and convenience of this payment method on the transport system, they will go on to use their contactless cards in a range of other settings, including shops, cafes and restaurants,” said Jones.

MasterCard is offering free travel to Londoners who pay their fare using MasterCard and contactless payment today and again on Friday 28 November.

Travellers could save up to £21.80 on their journeys across the capital on each of the days, automatically picking up a refund for their travel from MasterCard if they tap in using their card. Londoners with a MasterCard can also travel for free by tapping in with their smartphone using Cash on Tap, the payment app from mobile network EE.