After the headquarters of the East German Secret Police was stormed in 1990, the building it was housed in has understandably struggled to find a place in modern, vibrant Berlin.

But now it’s been renamed 2052 Industrie Lofts and turned into luxurious apartments that boast some of the largest outside terraces in the German capital, Berlin-based property agent Bewocon has the task of selling it to monied cosmopolitan types as the place to buy in the Lichtenberg district.

“A major topic of conversation in the city is what will become of this infamous building,” says Andreas Ebel, COO at Bewocon. “Perhaps better known in a negative context, we’re delighted to be able to change its perception by creating a thoughtful residential development.”

The building’s main function since 1977 has been as an internal communications hub for the State Security Service (commonly known as the Stasi), which spied on the citizens of east Germany and deployed over 300,000 plain clothed spies at its peak. 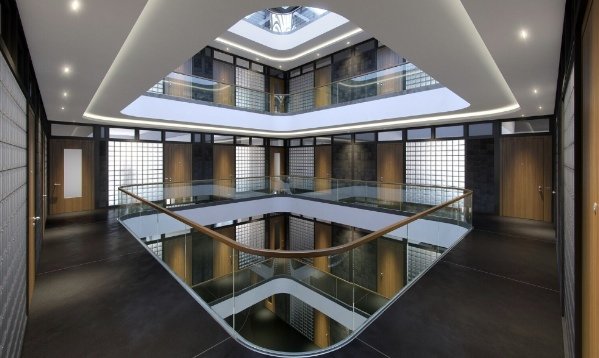 “At first there was very little in the public domain on this building and what it was used for,” says Patrick Stromeyer, an architect with Ulrich Borgert Braun & Schlockermann. “So we applied to the Stasi archives. Then lo and behold, stuff started turning up. Among other things, we discovered that there were these huge underground chambers and massive telephone trunk lines running in and out of the building.

“It’s essentially a reinforced concrete and beam construction, built like a bunker. If it took a direct hit, the infrastructure would be kept upright for as long as possible.”

Keeping to the Brutalist architecture of the building, the interiors have an industrial chic attitude, featuring polished cement, stoneware tiles and exposed wall-mounted copper-housed cables. 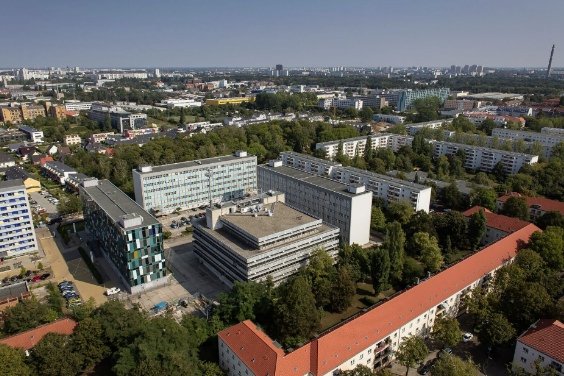 The upper two floors are home to the 10 duplex apartments that are set to have the largest outside space of any private residential flats in Berlin.

Bewocon is hoping that these unique features will entice interested buyers to see their future in the building by forgetting its past.