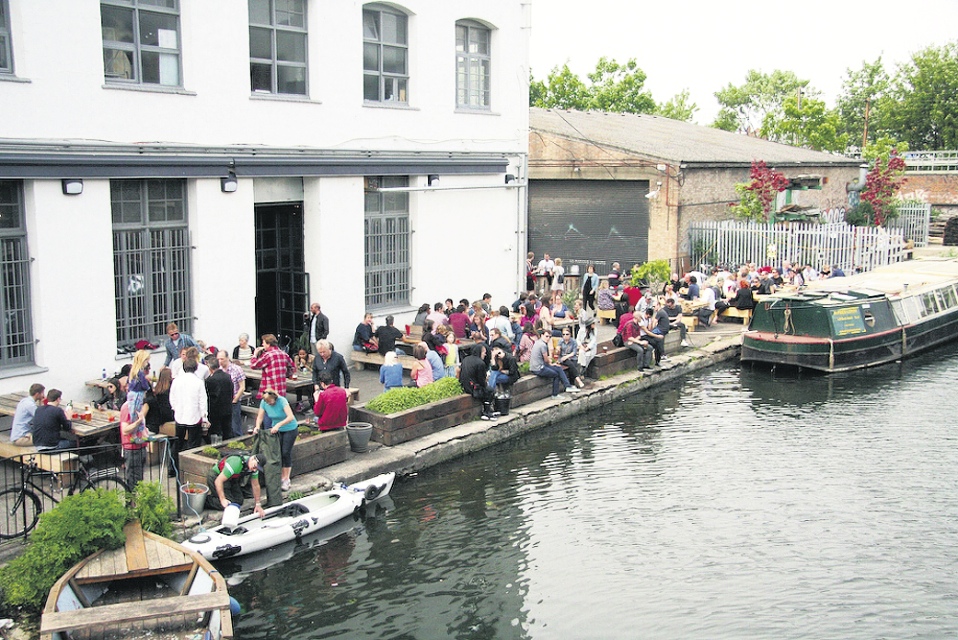 With its disused warehouses and abandoned commercial buildings lining the banks of Regent’s Canal, a visit to Hackney Wick may not overwhelm you with its promise initially.

But look a bit deeper into its property market and the potential of this industrial plain is clear to see.

“Hackney Wick is one of east London’s most exciting regeneration stories,” says Carl Schmid, owners of estate agent Fyfe Mcdade, “ideal for buyers priced out of London Fields and Hackney itself.

It’s home to a thriving arts and cultural scene with an industrial edge, which is popular with young professionals and creative types.”

It’s precisely these buildings, with their high ceilings and spacious insides, that are so appealing to developers right now. And with transport links via the London Overground and nearby Stratford, it’s surprising that the Dalston cool effect hasn’t emanated out sooner.

Sure, there’s riverside pizzeria Crate and plenty of cafe culture along Chatsworth Road, but it’s the lack of suitable property that has been slowing gentrification down in these parts.

According to independent estate agent comparison website GetAgent, asking prices have increased by 21 per cent in the last year and the number of properties on the market in the area has fallen by 17 per cent.

This means there’s a clear demand and supply problem that’s resulting in properties being snapped up at an alarming rate for higher asking prices. Co-founder and CEO Colby Short says, “Around a third of properties sell for more than asking price, which is testament to the high demand and savvy pricing by local estate agents.”

The local Foxtons branch says large Victorian family houses on Cadogan Terrace are the most sought-after in the borough, “as some of them boast gardens over 100ft long, a rare finding in London,” says Hackney office sales manager Edward Taylor. Famous past residents of the road include the rapper Tinie Tempah and the late Alexander McQueen.”

Recent new build developments include Omega Works and Iron Works and developer Peabody has recently won planning permission for 578 new homes at its Neptune Wharf scheme. More will follow, reckons Jamie Burnhope, a buying consultant with Black Brick, with the arrival of offices at Here East, the Olympic Park’s answer to Tech City.

And once one developments starts selling at an increased cost per square foot, it tends to drag surrounding prices upwards.

“It will pull a huge amount of traffic to the area,” he says, “and will pave the way for further residential schemes as the infrastructure grows and old depots, factories, warehouses and studios are sold off.” 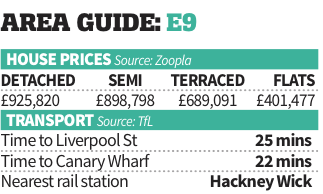