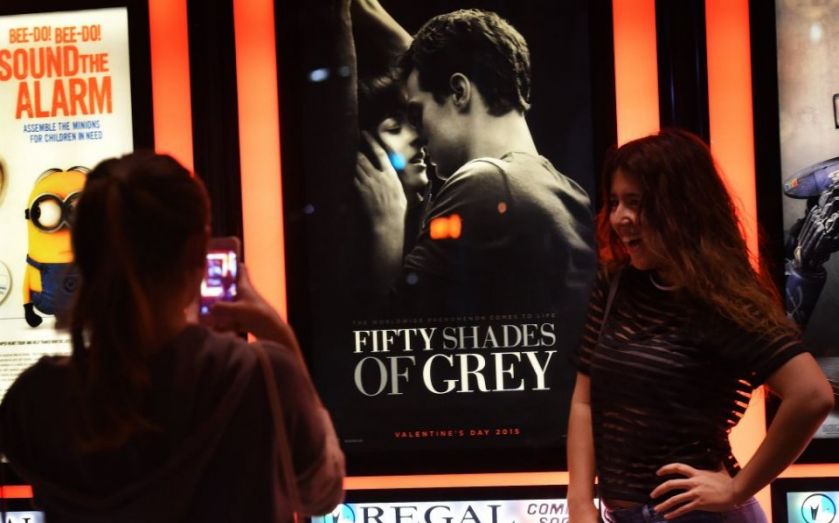 Bondage is clearly big business.
Despite some unflinching viciousness from the majority of critics, Fifty Shades of Grey destroyed a number of box office records in its opening weekend.
The film was always expected to draw in big crowds. E.L James’ three-part novel sold 100m copies and Odeon sold one ticket of the movie every seven seconds ahead of its release.
Yet with its risque subject matter few would have foreseen the biggest opening weekend of all time for both a film defined as romantic drama and film released in February.

Fifty Shades made an incredible $158m worldwide from 58 territories outside the US following its release on Friday, beating openings set by soppy box office smashes such as Titanic, Ghost, Jerry Maguire and The Great Gatsby.
The film from British director Sam Taylor-Johnson is already the 14th highest-grossing romantic drama of all time according to Box Office Mojo.

Universal’s president of domestic distribution Nick Carpou said after the weekend: “Our fondest wishes were realised. This is one of those moments where I can speak for the entire studio and say we’re celebrating.”
No wonder. Fifty Shades is Universal’s second biggest international opening weekend of all time, just behind the $160.3m earned by 2013’s Fast and Furious 6. In the UK it went one better, setting a new record for Universal with its £13.7m haul. Its domestic take of $85m was the studio's third best domestic opening weekend of all time.

The film’s massive success was mainly driven by a female audience. According to Universal, 68 per cent of North American audiences were female.
Percentage of North American Fifty Shades of Grey audience | Create infographics
Share
Tags: NULL