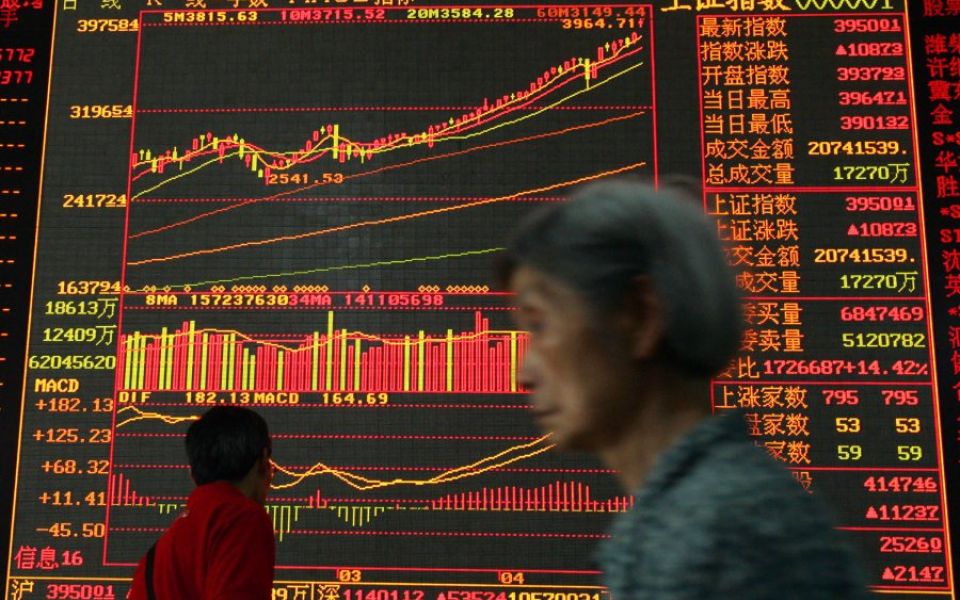 Investors generally understand the importance of emerging markets in terms of their economic impact but, perhaps due to lack of knowledge, often struggle to know how best to reflect this in their portfolios.

Those investors have ignored what are some of the world's best-performing financial markets since the turn of the millennium. What is more, in some cases, their aversion may be based on a mistaken view of the volatility involved.

Here, we highlight a handful of statistics, through charts, that seek to show why emerging markets may be worthy of consideration.

Whether you look at stocks or bonds, some of the best returns since the end of 1999 have come from emerging markets.

Strikingly, the stock markets of the world's developing economies have risen almost three times faster on an annualised basis than those of Western Europe. They have also outperformed US stocks, despite the incredibly long US bull market of the past decade.

Yet investors have had to endure practically no worse "volatility" – ups and downs – from emerging markets to achieve those much higher returns compared to Europe.

When it comes to bonds, emerging markets also performed best, although in this case they were also the most volatile.

Of course, investors are wise to remember that past performance does not offer a guide to the future. It should be noted that this was a particularly strong period for emerging markets. The 1990s, in comparison, saw the Tequila crisis (1994), the Asian financial crisis (1997) and the Russian default (1998), which greatly affected returns.

The chart below shows the returns registered so far this century, with volatility also set out. First, stock markets. Emerging markets shares have gained 7.9% a year on average this century, far ahead of the eurozone's figure of 3.5% a year, as measured by the MSCI EMU index, and well in advance of Wall Street's 5.4%, as measured by the broadly based S&P 500 index.

All three regions have experienced considerable ups and downs along the way, but emerging markets volatility figure of 20.9% on an annual basis, was actually fractionally below the eurozone's 21.1%. This was despite the huge disparity in gains. US stocks were less volatile, with a figure of 14.4%.

Bond investors who ventured into emerging markets enjoyed gains of 8.5% a year (interestingly, this is slightly higher than the return on emerging markets stocks and makes these bonds the best performers among the assets considered here). US bonds (represented by 10-year "Treasuries" or government bonds) returned 5.0% a year and eurozone bonds 5.9%.

Volatility was highest among emerging markets bonds at 9.2%, followed by 7.3% for US and 5.5% for eurozone bonds.

A mismatch between economies and markets

A key reason emerging markets do not represent a larger part of portfolios is simply because the financial markets of those countries are small relative to the nations' economic firepower.

For example, on a nominal GDP basis, developing countries now account for 45% of the world's economic output. But their stock markets are worth in aggregate only 29% of the global total, while their bond markets lag even further behind at 16% of the total.

When it comes to the indices most widely followed by investors, the gap becomes even wider (see the chart below).

What is clear is although globalisation has accelerated the integration of the emerging world in to the global economy, their capital markets have not opened up to the same extent. China is a prime example. The domestic Chinese equity and bond markets are the second and third largest in the world respectively, but until recently have been difficult for international investors to access. This is beginning to change with the advent of the China Stock Connect, which links the Hong Kong Stock Exchange with the mainland Shanghai Stock Exchange, but access is still far from straight-forward. Passive versus active in emerging markets

If an individual investor decides to devote a significant portion of their portfolio to emerging markets how could they go about it?

Their first decision will be whether to take the "active" or "passive" route. In other words, should they buy a simple, cheap tracker fund or pay for the expertise of an active manager?

This is always a matter of debate, with compelling arguments on both sides, but where emerging markets are concerned there are some specific influences that come into play and tend to favour the active approach.

The first relates to the prevalence in certain emerging economies, such as China, of nationalised businesses (often called "state-owned enterprises" or SOEs in this context). Here, the evidence suggests that state-owned firms have performed much worse than privately owned businesses, particularly in recent years. This is shown, globally, in the chart below.

What is clear from this chart, however, is there are times when investors can benefit from investing alongside a government and times when it would be wise to avoid these SOEs. Furthermore, SOEs are not all the same. The bottom line is the heavier influence of government on the fortunes of SOEs and the risk that they can be used as a policy tool needs careful consideration. An active fund manager has flexibility to do this. The second special feature of emerging markets is the importance of companies' performance in environmental, social and governance (ESG) matters.

According to an analysis of a large number of studies[2] into the influence of these issues on investment performance, the correlation between good ESG scores and investment returns is especially strong in emerging markets. This is highlighted in the table below. In the US, a very slim majority of studies found a positive correlation, whereas 70.8% of research projects found the two factors to be correlated in emerging markets. Again, an actively-managed emerging markets fund can choose to focus on businesses that score highly on ESG matters. The exact approach to scoring ESG can vary by fund, but in our opinion, qualitative assessment of ESG issues should form a vitally important part of any analysis.

How cheap are emerging markets? On the face of it, the valuation of emerging markets equities appears to be cheap when compared to their long-run history and relative to developed markets, as the table above highlights. The deepest shade of green indicates the best value while at the other end of the scale, the heavy red highlights expensive valuations.

The trailing price-to-earnings ratio looks at the current emerging markets index price relative to the past 12 months earnings for all of the index companies. The lower the ratio, the cheaper the market.

Price-to-book also uses the value of the emerging markets index but in this case divides by the accounting book value, or net asset value. Again, a low number implies better value. On this measure, emerging markets stocks are trading broadly in line with their long-run historical average at 1.7x.

Dividend yield, meanwhile, is the income paid to investors as a percentage of the current price. In this case, a lower dividend yield has been associated with poor future returns. Emerging markets stocks currently offer a dividend yield of 2.6%, above their long-run average of 2.4%.

In our table, only Europe rivals emerging markets for value, based purely on these historical comparisons.

Of course, relying on this simple analysis is insufficient to make an investment decision. There are drawbacks to most analytical tools and the analysis does not take into account how much debt companies own, and varying levels of risk. So further work is needed to better understand if emerging markets are reaching bargain levels, or whether they are cheap for a reason. Attractive valuations do not always equate to good returns, but these indicators suggest emerging markets are worthy of a closer look.

Investing in emerging markets may not be suitable for every investor and it is important to seek independent financial advice if you are unsure as to the suitability of any investment.