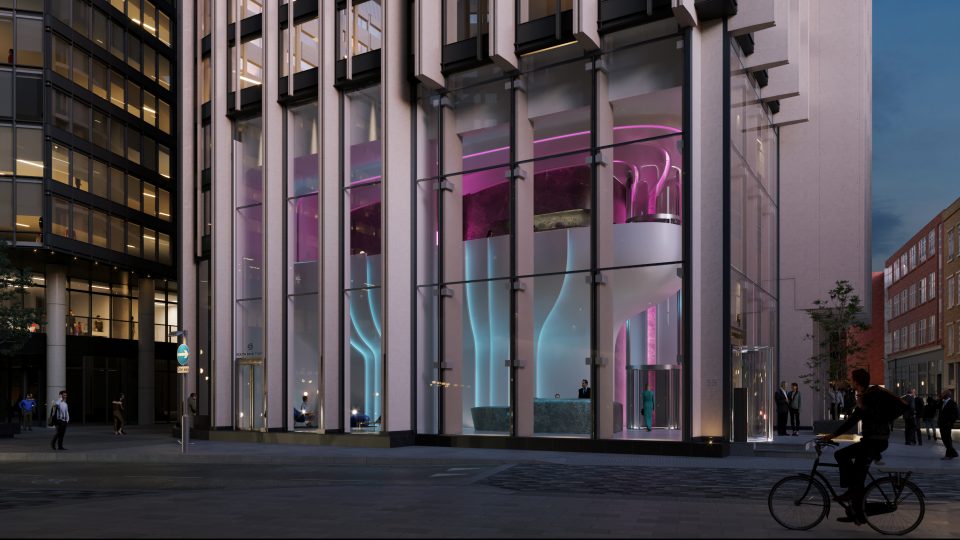 The critically-acclaimed firm of architects founded by the late Zaha Hadid is responsible for London cultural landmarks like the London Aquatics Centre built for the 2012 Olympic Games and the Serpentine Sackler Gallery in Hyde Park.

Until now it had not worked on any residential projects in the UK, but it has just started a new commission to redesign the lobby of Southbank Tower – the 1972 Richard Seifert-designed office building which was converted into 191 apartments in 2015.

City A.M got an exclusive first look at its plans for the project, the centrepiece of which is a bold feature lighting scheme inspired by the intricate, organic forms of flower petals.

The sculptural petals, made from glass fibre reinforced gypsum, reflect the fluid shapes seen in lots of Hadid’s work, which led to her being dubbed ‘the Queen of the curve’. Her other major works included Guangzhou Opera House in China and Sheikh Zayed Bridge in Abu Dhabi.

“The design has evolved from our work reinventing the spaces of art museums and galleries around the world,” says Helmut Kinzler, project director at Zaha Hadid Architects (ZHA). “We took a sculptural approach to the space, and decided not to include any works of art because we see it as a canvas in itself. We also wanted to incorporate lots of light, because sculpture can only work in conjunction with light.

Read more: Clerkenwell controversy: The award-winning new building that could be torn down

The petal forms will be made in an off-site studio using 3D digital files, which ZHA says will allow it to create a level of detail usually associated with “intricate, hand-crafted design works.” The fluid curves of the structure will house the concierge on the ground floor, before peeling back at the top to reveal a new mezzanine level.“Residents will have a place to meet whoever comes in, and they can have small parties and gatherings there,” says Kinzler.

The lobby’s material and colour palette draws inspiration from the existing building design, marrying marble and concrete with walnut, leather and silks.

The work has been commissioned by a private investment firm which acquired 37 apartments in the 41-storey tower in early 2018. It will re-launch the apartments to the market following the completion of the lobby, and has appointed Knight Frank and JLL as sales agents.