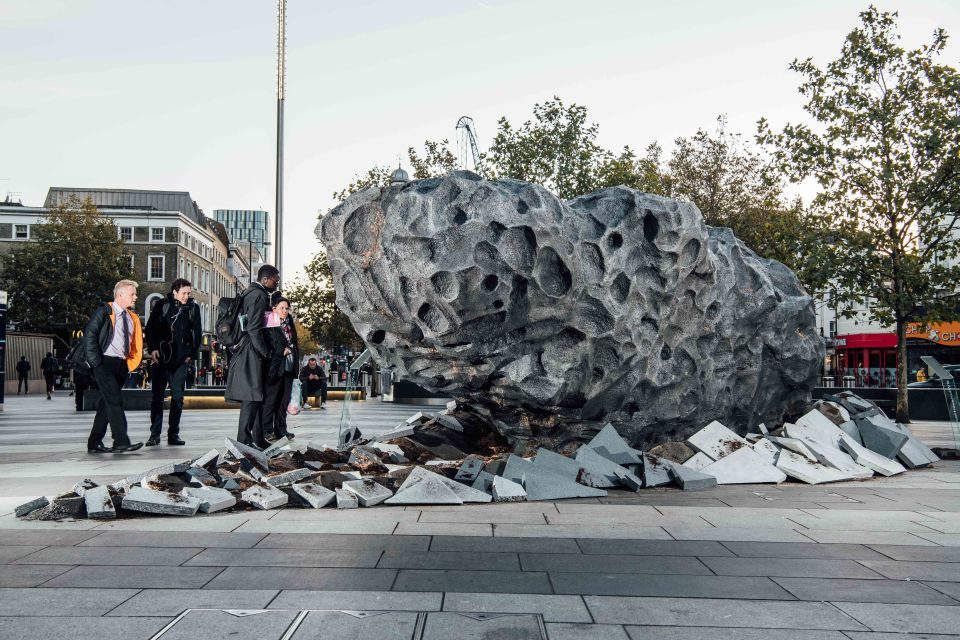 The installation is designed to pique the interest of passersby on what life could be like post-Brexit.

It was claimed in September that the UK will be the last European country to know if there's a meteorite hurtling towards Earth, as it will leave the EU's space surveillance and tracking programme.

Monese founder and chief executive Norris Kopel said the company's primary goal was to impress upon Londoners that businesses should continue to seek out business across European business, even in the event of a no-deal.

"It is a time of great uncertainty here in the UK, across Europe and beyond," said Kopel. "We wanted to have our own light-hearted response to this uncertainty, but we also wanted to deliver a serious message."

"Clearly, some of the Brexit speculation poses some very serious policy questions for the UK. We don't want to detract from those debates, but others, like the UK being unable to detect near-earth objects like meteorites, inspired us to get creative."

The startup has raised over $77m (£58.7m) to date, from investors such as Zalando-backer Kinnevik and London venture capital firm YYX.

The move comes as the UK's November deadline for signing a withdrawal agreement with the EU nears, despite looming stumbling blocks such as the Irish border and a customs union.

However, Brexit secretary Dominic Raab has claimed a deal could be signed by 21 November, while last week it was reported that EU officials might compromise over the question of the Irish border in order to reach a deal.

Ireland's Prime Minister yesterday said that ongoing negotiations over preventing a hard border mean a deal may not be reached this month.