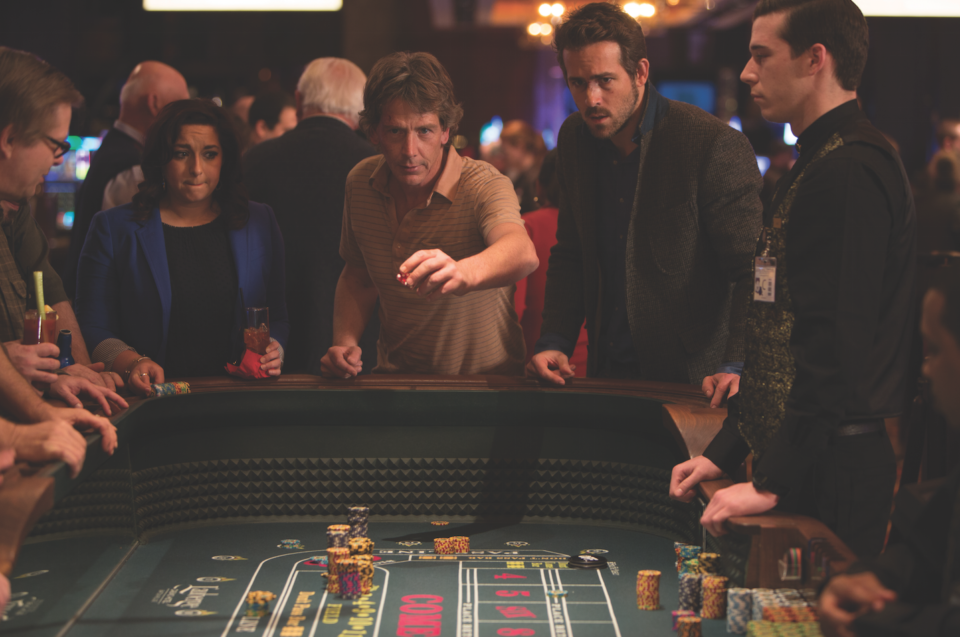 This road trip starring Aussie actor Ben Mendelsohn follows Jerry, a gambler with serious debts who encounters Curtis (Ryan Reynolds), a drifter who seems to bring good luck to all around him. Jerry convinces his new friend to go on a tour of America’s gambling spots in the hope of winning enough to get his life back on track.

As with their excellent 2006 film Half Nelson, directors Anna Boden and Ryan Fleck create a story that explores both friendship and addiction. A cleverly pitched script neatly avoids cliché, drawing you in until you’re willing them to come up trumps, despite your gut telling you this will all end in tears. Both Mendelsohn and Reynolds have space to shine in this thoughtful drama that’s more evocative of 70s filmmaking than anything around today.

Taking notes straight from the Disney feel good playbook, this Australian family movie follows Dylan, a schoolboy who becomes fixated with representing Australia in the Paper Airplane World Championships (yes, there really is such a thing) as a way of reconnecting with his father (Sam Worthington) after the death of his mother.

Stripped of anything even remotely resembling cynicism, the film glides along with an infectious enthusiasm. The plot takes the basic framework of most underdog movies (think The Karate Kid), with heaps of emotion, simple but likeable characters and a nice message about doing your best.

It would take a truly jaded soul not to get swept up in the fun.

Marlon Brando’s life is recreated in this unique documentary ‘narrated’ by the actor himself through a series of ‘long lost’ tapes edited together with archive footage.

Despite his disdain for acting – he dismisses it as “lying for a living” – there’s some fascinating insight into his biggest roles, such as an anecdote about being offended at having to audition for The Godfather. His thoughts on social activism (playing an active role in both the Civil Rights movement and campaigning for Native Americans) also show a man keen to do more with his fame at a time when it wasn’t quite so fashionable to do so. It doesn’t offer anything too revelatory, but in a culture that’s far too quick to make saints of its stars, this documentary is a refreshingly honest exception.