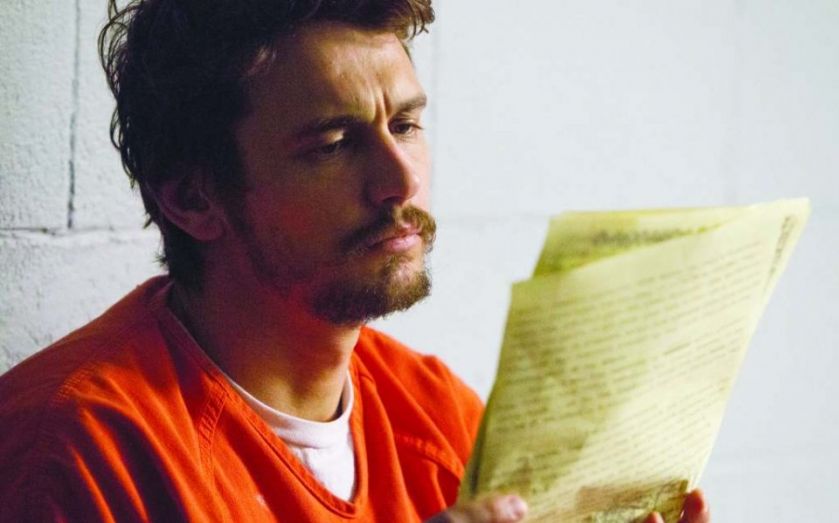 Cert 15 | ★★☆☆☆True Story takes a fascinating premise and does its best to drown it with clumsy story-telling and a lack of clear direction.The film, which really is based on a true story, begins with two men on opposite sides of the world introducing themselves as Michael Finkel from the New York Times. One, played by James Franco, is chatting up a backpacker at a Mexican church, while Jonah Hill’s character is on-location in Africa uncovering the plight of the cocoa farmer. The former is promptly arrested for murdering his entire family, while the latter – and, it turns out, genuine Finkel – is fired for playing fast and loose with facts in his latest article. It’s a bad day for Michael Finkels.The real Finkel leaves New York in shame, only later hearing about the accused man, Christian Longo, using his identity. He approaches him for an interview, which is granted, and the two become close, sharing far more than Finkel does with his girlfriend. Is the relationship a cathartic return to journalistic integrity, or is he using the profile of a malefic human being in an attempt to rebuild his career?I assume there’s supposed to be an element of doubt, but it’s clear from the off that the second scenario is far closer to the truth. A book deal (in real life it’s called Murder, Memoir, Mea Culpa) is secured, despite Longo refusing to say whether or not he did it (he suggests he may be innocent but generally dances around the subject).In exchange for the exclusive, Finkel must teach Longo to write like a proper journalist. What’s a man who’s about to face a major trial going to do with a load of freshly-learned rhetorical skills? The signposts are so clear and the “reveal” so ham-fisted – HE’S USING MY WORDS! – that it drains the tension that is, by and large, skillfully built up.Franco’s laconic Longo is just the right combination of chilling and charming, while Hill does a good job of making Finkel seem like a good guy who made a terrible mistake. Their scenes together don’t exactly crackle, but they’re engaging enough. It’s perhaps no surprise that the best elements of the film involve two men in a static location: direction comes from acclaimed British theatre director Richard Goold (Enron, American Psycho, Made in Dagenham), making his film debut.It’s when Franco and Hill are off screen that things fall apart. The proceedings are punctuated by a series of mawkish, soft-focus flash-backs – a teddy-bear falling in slow-motion, a mother and her children in a field of flowers – that have no business being in a film that so desperately wants to appear logical and gritty.The central theme – the limits of trust and the ease in which it can be destroyed – is a fascinating one. But True Story is too eager to hold its audience’s hand, carefully guiding them through the emotional responses they should be feeling at any given moment. It’s a shame: the true story would have been enough.