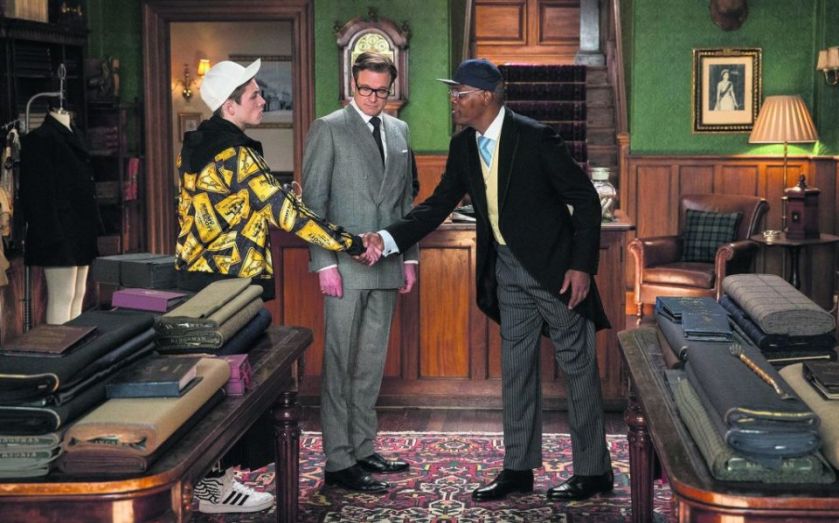 Kingsman is the best Bond film Roger Moore never made. Gentlemen spies in immaculately tailored suits battling flamboyant villains bent on global destruction; the plot is pure Moonraker, albeit with an origin story, class warfare, better jokes and flashier production values. The team behind Kick Ass have created a pop-culturally literate, post-modern love letter to spy movies, and the result is an absolute blast.
Eggsy Unwin is a young man from a council estate, clever, but lacking opportunities and application. A brush with the law leads to a meeting with Harry Hart, a patrician member of a covert espionage organisation. Recognising his potential, Harry recruits Eggsy to train for the Kingsmen. Colin Firth is magnificent as Harry, a mentor with the heart of Dumbledore and the fighting skills of Bruce Lee, Taron Egerton is cockily engaging as Eggsy, and Samuel L Jackson does his best Mike Tyson impersonation as Richard Valentine, the menacing communications mogul they have to bring down. There are great supporting characters too, most notably Mark Strong’s gruff, Scottish “Q”, and Sofia Boutella’s Gazelle, an evil henchwoman whose prosthetic legs are the literal extension of the term “blade runner”.
As with Bond, there is overt and utterly shameless product placement for companies like Adidas, McDonald’s and Samsung, whose “technology has caught up with the spy world”. There are nods to other franchises too, with the offensive use of umbrellas as in The Avengers, and even Get Smart’s shoe-phone.
Both irreverent pastiche and sincere tribute, Kingsman is a deliberate return to the days when spy movies were fun – when kids would leave cinemas hiding against walls, “pew-pew-pewing” enemy agents with deadly finger-pistols – and as such, it is a triumph.
Share
Tags: NULL