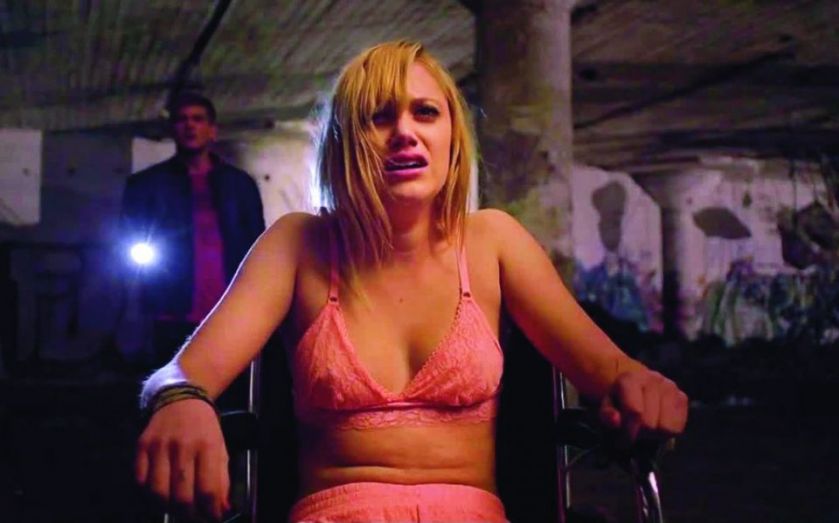 The last decade hasn’t been kind to the slasher movie. Its heyday came in the late 1970s and early 80s, with John Carpenter’s iconic Halloween, which paved the way for the likes of Friday 13th and Nightmare on Elm Street. Then Wes Craven reinvigorated the genre with 1996’s Scream – a smart, post-modern franchise that famously established the “rules” of horror movies. Rule number one: “You can never have sex”.
David Robert Mitchell, director of It Follows, has taken this premise and run with it: in his film, getting jiggy condemns you to almost certain death. The film centres on Jay, a pretty, popular 19-year-old who is casually dating a guy called Hugh. Everything is fine until she has sex with him, after which he drugs her, ties her to a wheelchair and tells her an evil something will try to kill her unless she passes the curse along the chain by sleeping with someone else.
The monster is classic horror movie fare: a slow but inexorable presence – invisible to anyone who is “uninfected” – that will stop at nothing to kill and dismember. It takes on a variety of forms – sometimes an old woman, sometimes the creepy kid from down the road – making every extra a source of potential terror. You can run, but you can’t hide.
The events are set in present-day suburbia, but the washed-out visuals give It Follows a retro feel, a nod to its 1970s inspirations. The soundtrack by Disasterpeace is a pulsing, synth-heavy dirge that borrows elements of John Carpenter’s self-composed Halloween soundtrack and The Goblins’ work for Dario Argento’s stable of horror classics.
On the face of it, the film’s message – don’t have sex! – seems a little puritanical. An obvious reading would be an analogue to the AIDS crisis, or perhaps a study of the damage sex can cause to a teenager’s reputation. Or perhaps it doesn’t matter; teenagers are being stalked and killed in a dance as old as time. It’s terrific, horrific fun; a brutal, terrifying return to form for the slasher genre.