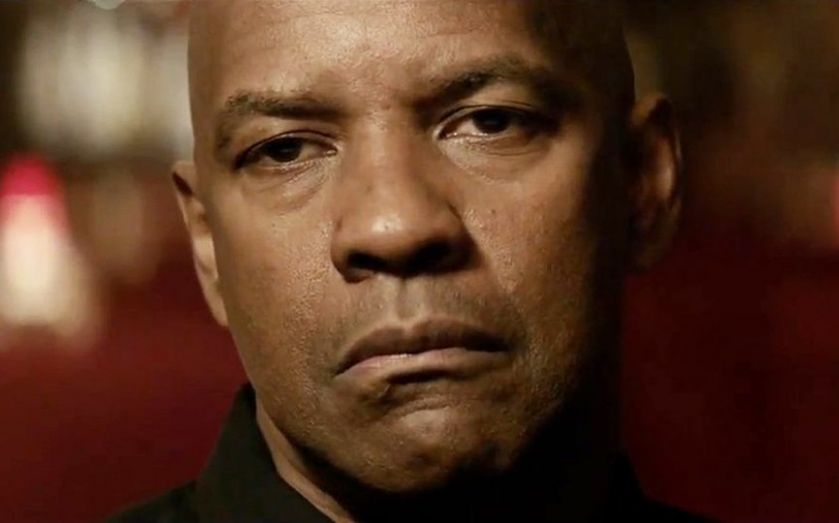 It must be hard work running an international crime syndicate when so many members of the public have a background in killing people. Lately, it seems every man and his dog is in possession of a very particular set of skills, acquired over a long career, that make him a nightmare for prospective mega-villains. In Antoine Fuqua's Equalizer, it’s Denzel Washington with a history of butt-kicking.
Leaving behind the New York of the original Edward Woodward series, Fuqua relocates the action to Boston. There, widower Robert McCall (Washington) works at the Home Mart by day, and takes a corner seat at a nearby diner each night to read classic literature. It’s here that he meets Teri (Chloe Grace Moretz), the skittish and vulnerable prostitute whose treatment at the hands of her merciless pimp, Slavi (David Meunier), draws McCall back into a life he thought he'd left behind – namely, that of being a startlingly efficient professional killer for “the Agency”.
The remainder of the story unfolds predictably, as a succession of increasingly malign but obligingly cavalier ne’er-do-wells – sneering, badly-tattooed Russians and a smattering of bent cops – are disposed of with remarkable ease while McCall and the Russian mafia “fixer” (Marton Csokas) sent to hunt him close inexorably on one another. The action is thrilling enough, and Washington is convincingly steely whether snuffing out lives with knife, pistol, hardback book, microwave or corkscrew. But as McCall walks away from fight after fight without so much as a scratch (only the penultimate baddie manages to land a punch) one begins to recognise the time-honoured formula: inept villains fall foul of lethal and righteous Special Forces retiree, and subsequently fail at every turn to make their superior numbers count.
Attempts at raising the tone fall flat. In one particularly toe-curling moment, McCall provides the inquisitive Teri with a synopsis of The Old Man and the Sea ("it's a story about a man who has to go back to a part of his life he thought was over"). You don’t watch a film like The Equalizer for its literary allusions, but still. Better stick to the day to the day job, Robert.
★★