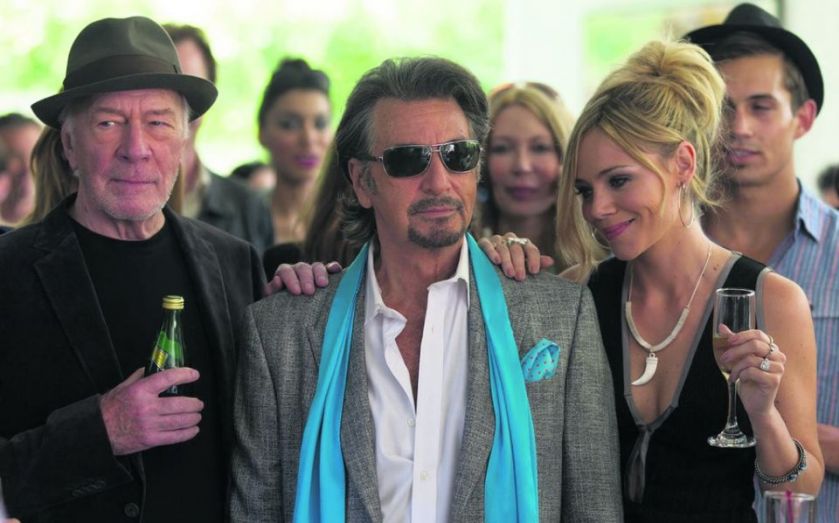 Cert 15 | ★★★★☆
Watching Al Pacino and Robert De Niro slog it out in 2008’s Righteous Kill, you’d be forgiven for thinking Pacino was finished. Gone. Destined to live out his days impotently raging at the dying of the light, playing wrinkled, rattly-boned versions of the live-wires he once infused with febrile intensity.
But if Danny Collins – a steadily paced, sharply written drama-comedy about an ageing crooner trying to right a lifetime of wrongs – is anything to go by, he’s finally learning how to grow old gracefully. The titular character is a role the latter-day Pacino can give his entire self to. There’s the twinkly eyed intensity. The recklessness. But there’s also a sadness at those things coming to end.
The fictional Collins used to be a young star in the mould of Bob Dylan. He showed promise, but eventually gave up writing in order to cash in as a rent-a-voice making millions performing other people’s songs. This did wonders for his bank balance but irreparable damage to his self esteem, and he finds himself deep into his 60s with a cocaine addiction and an adulterous wife half his age.
A letter from John Lennon – which reaches him three decades after it was written – inspires to him to leave LA and reconnect with his son (the product of a one night stand in the 70s) who lives with his wife and kids in New Jersey. He has a flirtation with a divorced (and “age appropriate”) hotel manager, gets a piano installed in his room and begins to write music again.
For all the wholesome vibes, there are things that make you wonder if its heart is in the right place. It smuggles in emotional shock-troops via a cynically deployed trojan horse: cancer. And the product placement is relentless, which is especially problematic given what the film has to say about art: be true to yourself. Don’t sell out. What better place to rediscover your artistic integrity, the film says, than at the New Jersey Woodcliff Lake Hilton hotel. The New Jersey Woodcliff Lake Hilton hotel. The New Jersey Woodcliff Lake Hilton hotel. I’m sure one day I will find myself in New Jersey, checking into the Woodcliff Lake Hilton hotel. I have no choice. My subconscious has been breached.
Pacino’s performance, together with those of Jennifer Garner and Bobby Cannavale, enlivens a film that might otherwise have become bogged down in syrupy sentimentality. And while there are things about the film that are seemingly unforgivable, as with Collins himself, the charm eventually proves irresistible.