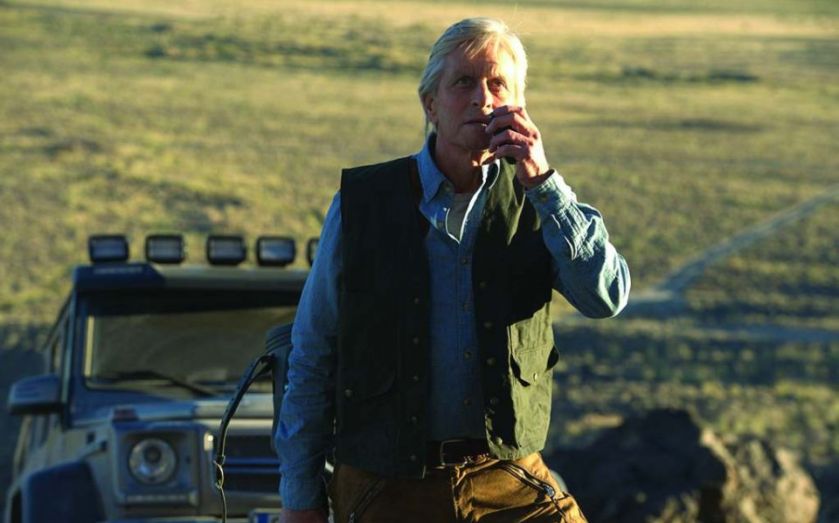 Michael Douglas’ career renaissance continues, this time as an ill-intentioned businessman on a hunting trip in the Mojave desert. When the accidental killing of an old man puts his career in jeopardy, he sets sights on his young tracker (Jeremy Irvine).

The tension steadily builds during the first 30 minutes. Once the rifles are out and the game is on, however, what transpires is a clunky chase thriller where Irvine (personality-free for the most part) staggers from one fortunately placed pit stop to another. Throughout it’s difficult to escape the pointlessness of the story, which amounts to little more than one man waiting for another to die.

Throttled by dreadful dialogue (“fool me once, shame on you. Fool me twice, I kill you!”), Douglas’ charisma as a bad guy is not enough to save us from the monotony. Still, he gets the odd moment of menace, laying traps and making business calls, like Gordon Gekko with a hunting permit.

A limp and satisfying ending just about sums up the film, which shows promise but ultimately proves a fruitless wander through the desert.