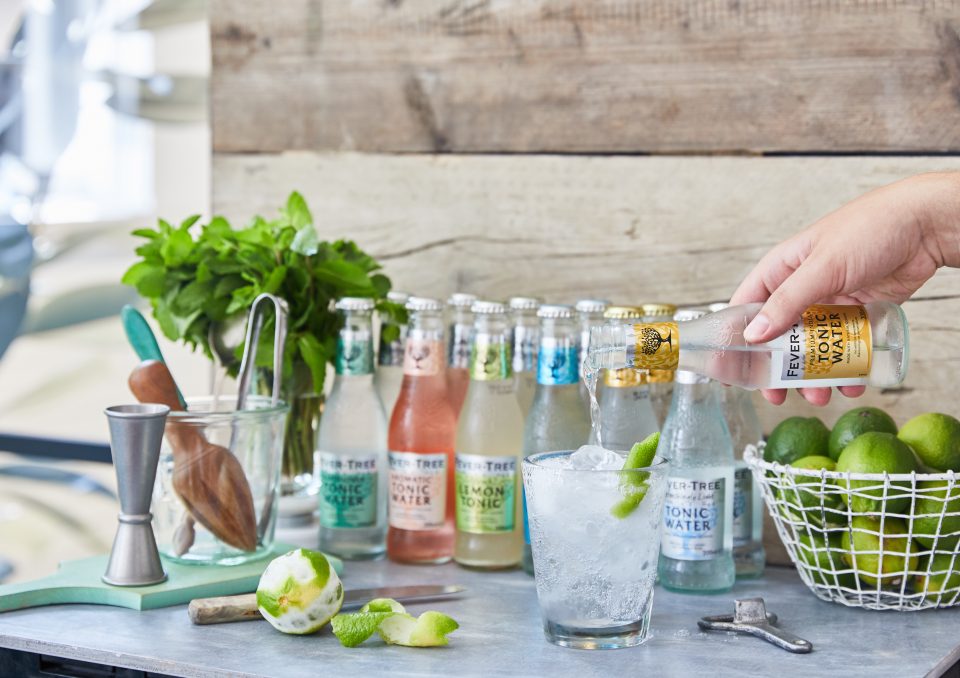 Shares in Fevertree fell more than five per cent in early trading after it said poor weather put a damper on growth in the first half.

Basic earnings per share increased seven per cent to 24.4p.

The figures mark a continued period of sales growth for the drink mixer company, with strong trading in global markets lifting sales.

Fevertree said it had enjoyed a particularly strong performance in the US, where it has ramped up its distribution with chains including Target, Kroger and Walmart.

But this was offset by a disappointing first half in the UK, which is the firm’s largest market and accounts for roughly half its business.

The firm said a slowdown in sales growth was to be expected following years of rapid expansion.

The mixing specialist, which is best known for its tonic water, has cashed in on the growing popularity of gin and other spirits.

The firm has secured its position as a market leader in premium mixers, as more drinkers turn to long drinks instead of wine and beer.

“For most companies, a 7 per cent rise in cash profits would have investors singing,” said Sophie Lund-Yates, equity analyst at Hargreaves Lansdown.

“The problem for Fevertree is good numbers aren’t necessarily good enough, with high hopes for exponential growth mixed into a fairly lofty valuation. Today’s disappointment stems from the group’s admission it’s simply become too big a fish in the relatively small UK pond, and sales growth is duly tempering in response. “

Fevertree said it remained confident of its outlook and reiterated its expectations for the full year, despite “strong comparators” for the rest of the summer in the UK.

“It has been an encouraging first half for the group with growth across all our four regions, most notably in the US, where we have made significant distribution gains and operational progress,” said chief executive Tim Warrillow.

“While we have not been immune to the impact of the unseasonably poor weather in the UK, we have further strengthened our market leadership position within the UK and have seen positive momentum in Europe and the rest of the world reflecting our increasingly global footprint.”