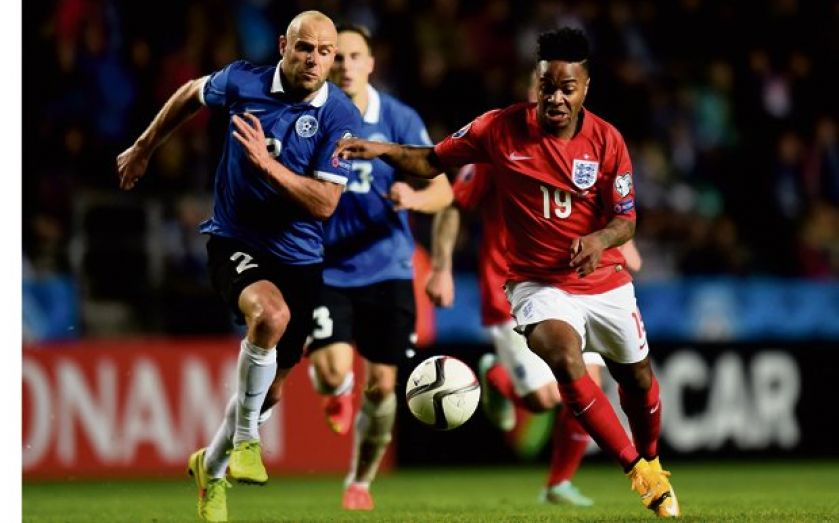 FORMER England captain Rio Ferdinand has leapt to the defence of Raheem Sterling, insisting the Liverpool winger was brave to raise his tiredness concerns with boss Roy Hodgson. The 19-year-old replaced club-mate Jordan Henderson in the second-half of England’s Euro 2016 qualifier against Estonia in Tallinn on Sunday after complaining of fatigue to Hodgson and subsequently being left on the substitutes’ bench. Ferdinand believes more English players should use Sterling as a guiding light and be honest about their physical condition, with the QPR defender adamant such a mindset would have long-term benefits for the national team. “Fair play to him, English players are normally too proud to do that unlike our foreign friends,” said Ferdinand. “For instance, Carlos Tevez would come in some days and sit on the massage bed while the team trained, saying ‘I’m tired’. “With more rest at the right times throughout season, Wayne Rooney would have gone into tournaments for England fresher. “The same could be said of Steven Gerrard, Frank Lampard, John Terry, Ashley Cole and myself, all too proud to sit out of training or a match with the bigger picture in mind.” The teenager has become an increasingly principal figure at Anfield this season, featuring in all 10 of Liverpool’s competitive matches, with Ferdinand of the view that Sterling’s standpoint re-opens the debate over a winter break. He added on Twitter: “A mid-season break, like most other countries, would help. Fatigue is one element as to why England have struggled at tournaments.”