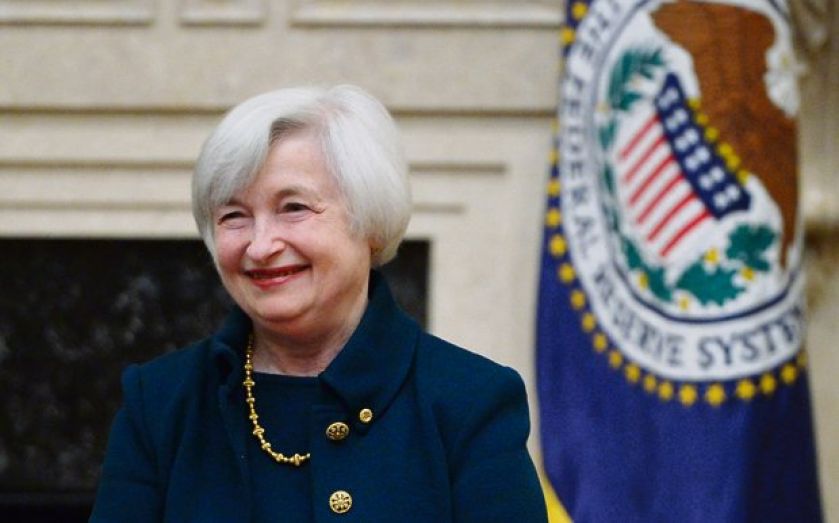 The US Federal Reserve revealed last night that another of its senior officials has opposed a pledge to keep rates at record lows, while projections suggest that borrowing costs could rise faster than had been expected.

The Federal Open Market Committee (FOMC) voted eight to two to maintain the federal funds rate at the zero to 0.25 per cent range and to taper asset purchases from $25bn to $15bn per month. Both measures were largely in line with expectations, yet markets will likely view the accompanying statement and forecasts as hawkish.

Projections for the end of 2015 increased to show an expected rate of 1.35 per cent, up from the 1.15 per cent that was projected in June.

Moreover, Richard Fisher changed sides – joining Charles Plosser in saying that the Fed’s guidance should suggest an earlier rate hike. And Federal Reserve chair Janet Yellen appeared to play down the term “considerable time”, which has been assumed to describe the length of time between the end of asset purchases and the first rate hike. According to Yellen, it has nothing to with a calender period but means that the FOMC will adjust its view as and when new data arrives.

The FOMC cited the positive outlook for the economy and liklihood of inflation meeting its target over the medium term. Yellen also claimed the FOMC would raise rates slightly before attempting to unwind its asset purchases. The purchases are expected to be ended at the next FOMC meeting at the end of October.

“The FOMC will probably want to get quantitative easing (QE) finished before it starts the market worrying about imminent rate hikes. But by the time it starts to raise rates in the middle if next year, the economy should be strong enough to justify interest rates that end up well above what markets are expecting,” said Dario Perkins, an economist at Lombard Street Research.