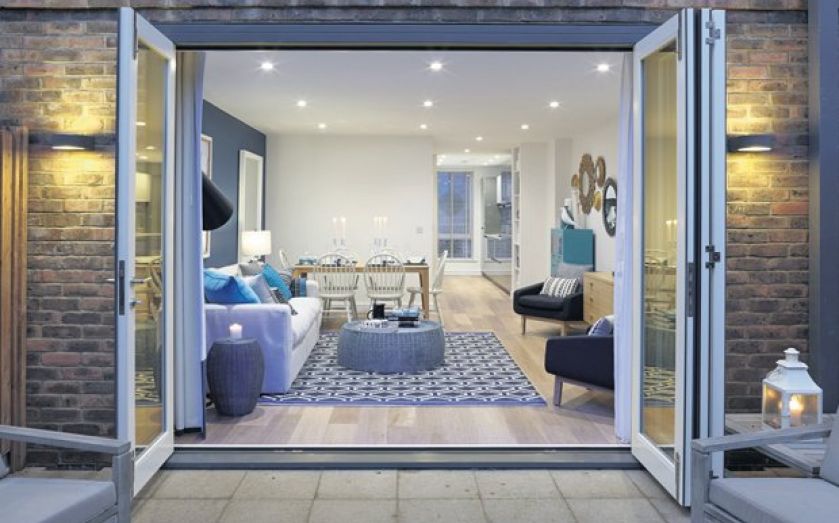 TOWNHOUSES were once the reserve of London’s nobility, standing tall around the boundaries of the City of London. But as the population rose, so did residential buildings and now it’s not unusual to live 10 or 20 storeys above the ground.

This has made living in a London townhouse something of a novelty. Usually, they’re spread over four or five floors with a small courtyard at the back, featuring large front reception rooms.

Belgravia, famed for its grand old townhouses and one of the wealthiest areas in the world, was largely marshland before the Duke of Westminster developed the area at the end of the 19th century. It was therefore one of the last areas of the capital where townhouses were constructed, before the modern era of housebuilding was ushered in around the 1930s.

Today, agents Cluttons has three-to-four bedroom townhouses on the market in Graham Terrace and Caroline Terrace, both exclusive Belgravia streets, selling for around £3.5m each.

But despite the hefty price tag, agents argue that an investment in a townhouse actually secures more house for your pound.

“Townhouses are generally cheaper than flats on a price-per-square-foot basis,” says Richard Barber, partner at prime central London estate agency WA Ellis. “They’re usually arranged over four or five floors, and the stairs are not deemed ‘useable’ space, so for those who don’t mind stairs, a townhouse can provide better value.

“To give an example, we’ve recently sold a three-bedroom townhouse in Montpelier Walk, Knightsbridge for £2,000 per sqft; a flat with a similar amount of space on one level is likely to command £2,300 to £2,400 per sqft in Knightsbridge.”

New build developers have also started taking note, including townhouses in their plans alongside apartments for couples looking to start a family in a more traditional setting.

Berkeley Homes’ Napier Square, in Acton, west London, is set to be a new development of 23 three, four, and five-bedroom townhouses and one detached house, centred around a courtyard in a gated community.

Meanwhile, only four townhouses remain in Berkeley Homes’ Blackheath Quarter, part of the Kidbrooke Village development in Greenwich, which isn’t surprising as the properties have been brought into the 21st century with modern additions such as private rooftop terraces and glass-wrapped winter garden rooms.

“Townhouses are not perceived to be good ‘lock up and leave’ properties,” continues Barber. “But when you consider the service and management charges on a flat in a managed block, a freehold townhouse can be just as good an investment, as long as it’s secure with a good burglar alarm, steel plated front door and locks on windows.

“The other advantage to a townhouse is that you often get a garden or patio, and modern townhouse developments usually come with parking.”

Its second-floor bay windows also fold out and double up as balconies.

They share features with Shaftesbury Gate, a new development of four-bedroom townhouses by Crest Nicholson in Battersea. But, despite modern innovations, the London townhouse still retains the image of a traditional family home.

For the most part, townhouses are still a great opportunity to own a period home in the heart of London.