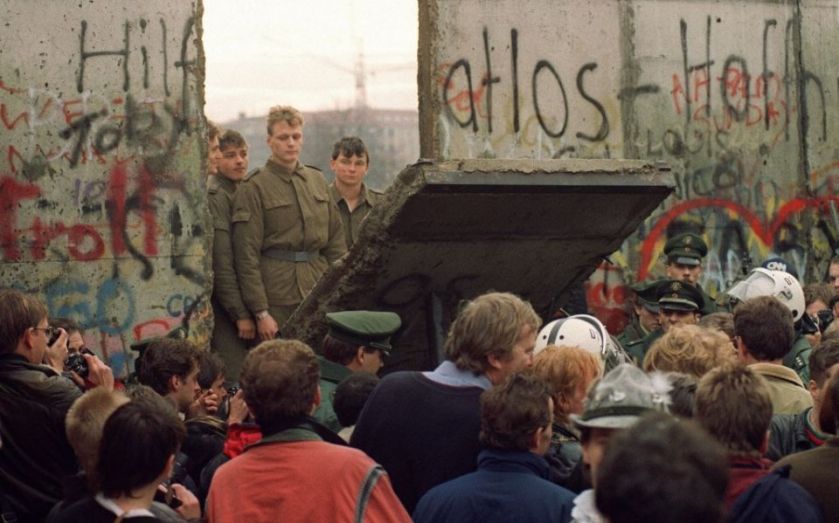 Experiencing the fall of the Berlin Wall – whose twenty-fifth anniversary just passed this weekend – is one of those historical events (a bit like the Kennedy assassination) that you were either there for, or you were not. For those of us who were young in the autumn of 1989, as the song Right Here, Right Now blared out incessantly, it was an almost unbearably moving time, when everything seemed to change all at once, and for the better.

It was a blissfully optimistic time, hopeful almost beyond the ability to recount just now. But even then (and this is why a classics education still has great value), the seeds for the coming problems of the dawning era were being sown, just at the moment of greatest triumph; intellectual hubris was about to take on a life of its own.

In its all-too-understandable giddiness, the West failed to learn the basic lessons that should have been derived from the end of the Cold War. First, western triumph (contrary to the Jesus Jones song and the historian Francis Fukuyama) didn’t end history. Rather, it amounted to the high-water mark of US and western dominance. Structurally and philosophically, it was a brief idyll, with a unipolar world proving to be an aberration, and not the coming way of things.

Instead, the Cold War has been succeeded by a multipolar era, with rising powers such as China coming to challenge the weary West; it does not amount to a tale of endless American triumph, with the whole world clamouring to adopt western democratic and economic institutions.

Authoritarian state-sponsored capitalism (led, of course, by the highly impressive rise of China) has become fashionable, as European growth rates are down to nothing and America, whose regulatory failures led directly to the worldwide Great Recession, is seen as the primary villain. Back in 1989, almost no one thought the West would quickly trend towards relative decline and that China and other emerging markets would soon be set on their meteoric rise.

Second, this fundamental structural mistake – that we were not entering a time of endless western triumph – directly led to major operational failures, predicated on not seeing the true multipolar direction the world was moving in. Try as George W Bush might, due to the limits on its power, the US simply could not impose democracy or even a common Iraqi nationhood on the people of Mesopotamia, certainly not at the point of a gun. It was disastrously forgotten that countries (since the dawn of time) have different interests, goals, and even dreams. All this springs from the misplaced giddiness of 1989, when everything seemed so universal.

If western leaders badly misjudged the universal significance of the very real triumph of the fall of the Wall, they also curiously underrated the positive practical lessons flowing from that magnificent moment. America’s rock steady support, over almost 50 years, of the containment doctrine, whereby the West would politically challenge the USSR but avoid direct military confrontation, amounts to a record of political and foreign policy success that has yet to be matched in the modern era. It stands in shameful contrast to today’s food fight, with neoconservatives, realists, and Wilsonians unable to find common strategic ground.

Furthermore, the western alliance was a vital, tangible thing in those days, and not just an abstraction. Vitally, US-UK ties fundamentally mattered, as Margaret Thatcher managed to convince a then doubtful Ronald Reagan that Soviet leader Mikhail Gorbachev was truly different, a man “to do business with”.

As Reagan’s ideological soulmate and trusted political and personal friend, the British Prime Minister had the sway to convince the US President that, in Gorbachev, there was a chance to change the world. Despite both of their life-long aversions to communism, Thatcher – through the use of the indelible ties of the Special Relationship – convinced Reagan to take the biggest of risks.

In other words, consistency in foreign policy, the cultivating of a real alliance system based on mutual trust, and political courage were all necessary to win the Cold War. A quarter century on, my fervent wish is that the West rediscovers what it did right in that brief, but very happy time.